Nov 23, 2014 8:12 AM PHT
Rappler.com
Facebook Twitter Copy URL
Copied
Rappler's live blog of the Manny Pacquiao vs Chris Algieri fight from Macau
MACAU – Manny Pacquiao absolutely dominated Chris Algieri in the ring knocking down the American boxer several times en route to a win by unanimous decision (119-103, 119-103, 120-102) on Sunday, November 23, at the Cotai Arena in Macau.
Pacquiao knocked down Algieri a total of 6 times throughout the fight.

Relive the action on our live blog.

Algieri slipped to the corner in Round 2 but the referee called it a knockdown for Pacquiao.

Algieri came out more aggressive in Round 4 than in previous rounds but it’s Pacquiao who still landed more punches. 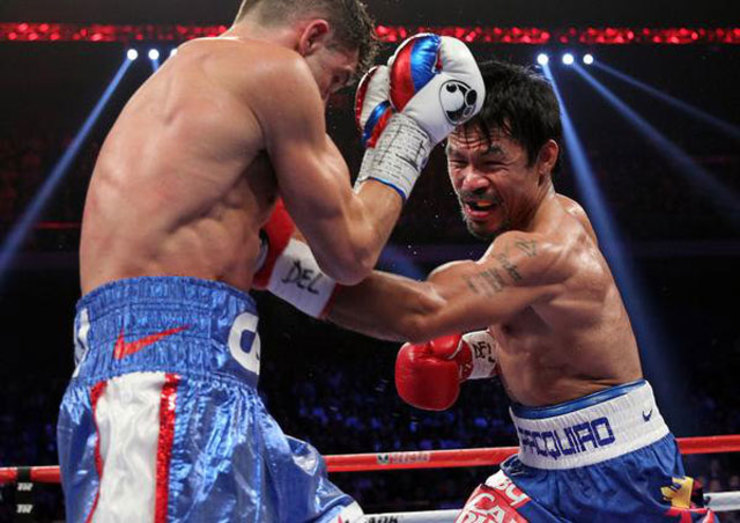 Algieri went down in the 6th round after taking a series of lefts from Pacquiao.

One of the biggest knockdowns happened in the 9th round when Pacquiao landed a huge left that sent Algieri rolling on the canvas.

The American boxer went down again in Round 10 and appeared like he could not keep up with the eight-division world champion.