Dec 5, 2014 4:08 PM PHT
Ferdin Sanchez
Facebook Twitter Copy URL
Copied
The Thai victory did not come as a surprise to spectators following lopsided wins in their previous matches, which earned them a spotless win-loss record 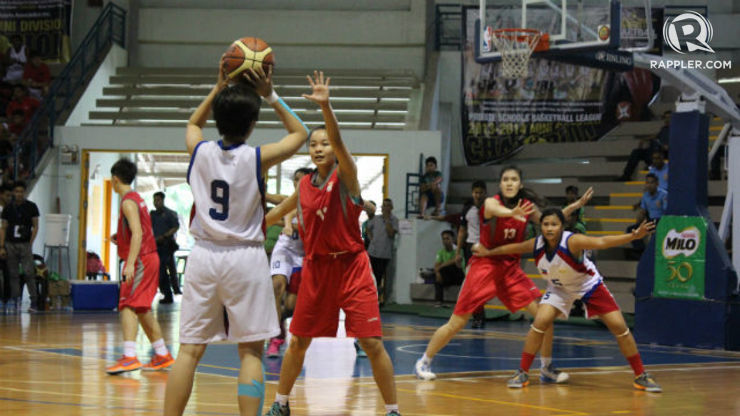 MARIKINA CITY, Philippines – Proving that they remain among the powerhouse teams in the region, the Thai women’s basketball team seized the women’s basketball championship after ousting an inexperienced Singaporean squad, 86-60, in the 6th ASEAN Schools Games at the Marist School gym, Friday, December 5.

Relying heavily on ASG veterans Khlinjira Thongdaeng and Amphawa Thijamon, the more disciplined Thais pulled away early in the second half, taking advantage of their opponents’ turnovers while also exploiting their height advantage over the reedy Singaporeans.

The victory did not come as a surprise to spectators following the Thais lopsided wins in their previous matches, which earned them a spotless win-loss record.

“We won because everyone in the team has the spirit to win,” crowd-favorite Amphawa Thijamon said shortly after the match.

Meanwhile, the Philippine women’s basketball team salvaged the bronze after succumbing to a shocking 53-49 loss to the pesky Malaysian side which needed late game heroics from their reliable team captain Tai Chia Qian.

“I am one [of the] veterans in the team that is why I know what to do,” explained the streaky Qian when asked about her pressure-packed free throws which sealed the Malaysians’ victory with only 10 seconds remaining.

After being down by as much as 12 points at the end of the first canto, the locals launched a stirring comeback in the second half through their compact zone defense.

Trailing by 9 points going into the second half, the Philippines started the third quarter strong with three straight three point bombs from team captain Maria Patricia Reyes and Alvanna Vergara to even the score at 31-all.

The Filipinas ran out of ideas in the late stages of the game, going scoreless in the last minute and a half.

Both teams actually started the game on a sour note, especially the Philippine squad which went over the foul limit after only four minutes of play. – Rappler.com