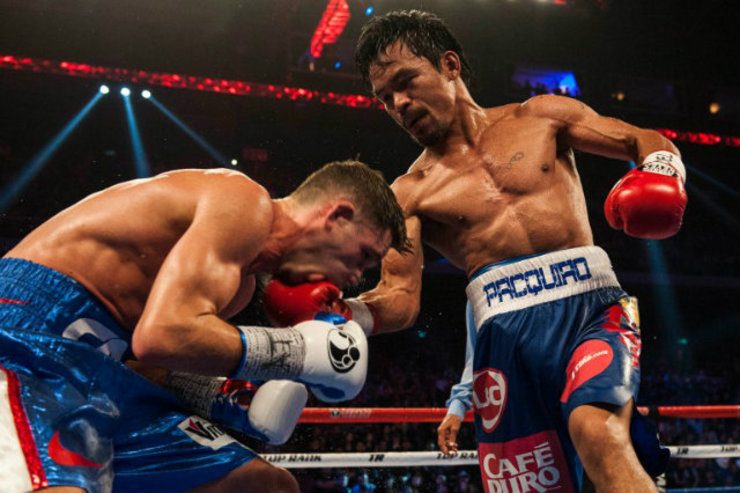 Facebook Twitter Copy URL
Copied
Pacquiao is taking the fight to Floyd Mayweather Jr. on social media, pushing to make the fight a reality in 2015

The talk of the long-anticipated bout between the two gained steam in recent days, with Mayweather on Friday proposing a May 2 date and Pacquiao responding with a vow to chase him into submission.

On Tuesday, Pacquiao’s account – which is believed to be handled by a representative from the Las Vegas-based promotional group that handles Pacquiao, Top Rank –  tweeted another teaser:

“@FloydMayweather, don’t be a boxing humbug. Let’s give the fans the fight they want. They have waited long enough.”

.@FloydMayweather, don't be a boxing humbug. Let's give the fans the fight they want. They have waited long enough.

The two were long-time rivals as the “best pound-for-pound” boxers of their generation, but the dream fight has never materialized to the disappointment of the boxing world.

Speaking to Showtime Sports in the US on Friday night, Mayweather, 37, said he wants his next fight to be against the Filipino star.

However, the American nicknamed “Money” said – without giving details – that the expected richest fight in boxing history will only happen if he receives a much bigger share of the purse than his opponent.

Hours later, Pacquiao, who is celebrating his 36th birthday today, December 17, told AFP from his southern Philippines home city of General Santos that money was not the issue.

“As early as January this year, I challenged him to a charity fight,” said Pacquiao, winner of an unprecedented eight world titles in different weight classes. “Until now, he has not agreed to it. So, money is not the issue in our fight.”

“This fight is about legacy, this is about making the fans happy and, above all, this is for the good of boxing,” Pacquiao said Saturday. – Rappler.com