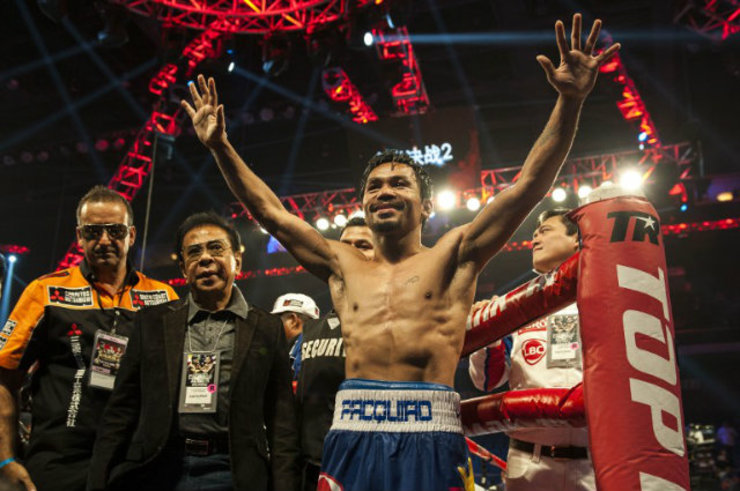 He has publicly stated he will retire in 2016 and is hoping to have a sendoff fight against archrival Floyd Mayweather Jr.

Pacquiao has lately been firing shots at Mayweather in a bid to prick the American’s pride into finally agree to a record-breaking boxing spectacular.

A year ago, after his knockout loss to Juan Manuel Marquez, most had written off that mega deal fight. Two years after the Marquez debacle, however, the fight everybody wanted looks it will have more than an even chance of happening – again.

Every piece of boxing history will be rewritten once that fight happens.

Mayweather is chasing history as well.

The flamboyant American wants to eclipse Rocky Marciano’s record when the legendary heavyweight retired from boxing undefeated. Marciano retired shortly after defeating Archie Moore in 1955 for the undisputed world heavyweight title at the old Yankee Stadium with a record of 49-0. 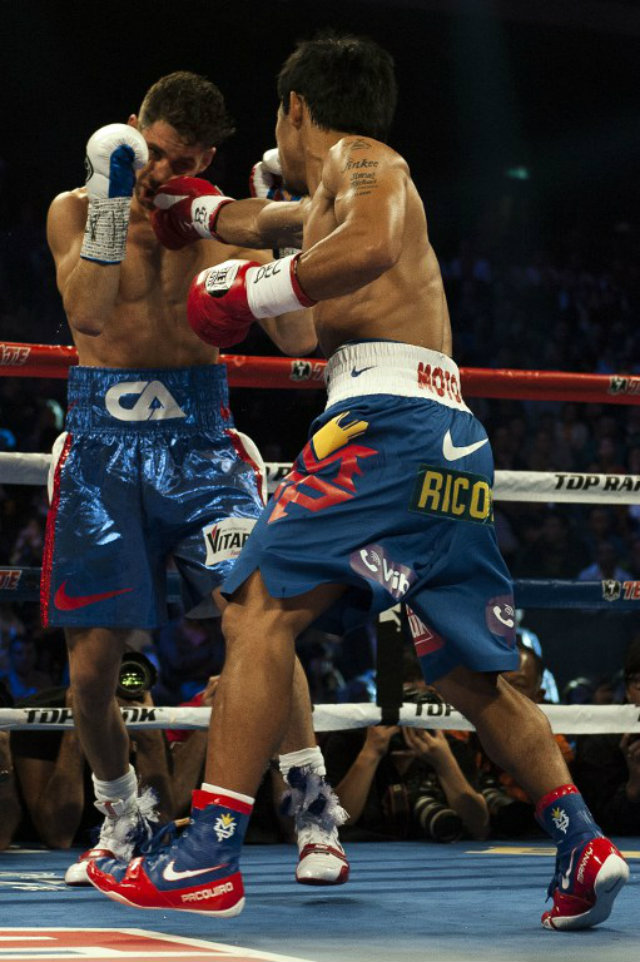 Larry Holmes came close to equaling Marciano’s record but fell short when he lost to Michael Spinks in his 49th fight. Flyweight champion Ricardo ‘Finito’ Lopez of Mexico also retired undefeated but his record was marred by a technical draw in his 48th fight. For the record, Lopez was undefeated in 52 professional fights. He too retired as a world champion undefeated.

Mayweather is now 47-0. A tune-up fight early next year will set the stage for catching up with Marciano’s boxing record if he finally inks a deal to fight Pacquiao in the fall of 2015.

Mayweather can choose New York, specifically Yankee Stadium, as the site of his quest for a historic 49th victory. And it can never come as sweet as defeating Pacquiao – the man against whom his greatness will be measured.

Pacquiao, too, is chasing his own destiny. A victory over Mayweather will forever solidify his niche in the history of professional boxing. Pacquiao may have lost 5 and drawn 3 of his 64 fights, but a clear victory against the only man left that he needs to fight will make him the most dominant boxer in each of the 8 divisions that he has captured the world title.

Pacquiao, already the richest Asian athlete in terms of prize earnings, could become the other part of a duo that will break all existing box office record in boxing. A win over Mayweather will erase the stigma of all his previous losses, including the shock knockout defeat to Marquez in their 4th fight.

It could also become the farewell fight of the poor laundry woman’s son who slept in strewn card board boxes to keep him warm against the cold of concrete floors in dingy gyms while beginning his journey to greatness.

An empathic win over win over Mayweather will place him ahead in the conversation over many boxing greats – Roberto Duran, Salvador Sanchez, Alexis Arguello – all of whom fought in the featherweight and lightweight categories. He can have his arguments against Sugar Ray Leonard, Marvin Hagler and Thomas Hearns who also once fought in the welterweight division.

But one record will set him apart from all the rest of boxing greats – his unprecedented 8 world boxing titles in 8 different boxing divisions.

Even if he loses to Mayweather, that record will stand for a very long time and may never be broken.

That is what makes Pacquiao a once in a lifetime boxing great.