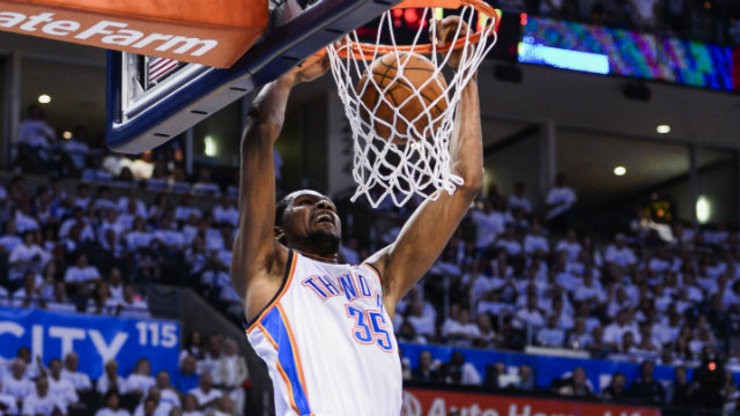 MANILA, Philippines – The Oklahoma City Thunder and San Antonio Spurs picked up wins on Wednesday’s (January 21) two-game NBA schedule. Check out how they did so right below:

The Thunder finally reached a record above .500 by beating the Heat in Miami, who lost emerging big man Hassan Whiteside to an ankle injury in the second quarter after he had scored 10 points.

Russell Westbrook finished with 19 points, 10 rebounds, 6 assists, and 4 steals, while chris Bosh put up 16 points and 7 boards for the Heat. Miami has a game against Charlotte tomorrow and both Whiteside and Luol Deng (illness) aren’t expected to play.

Remember when Kevin Durant said he’s not nice? He was right:

Oh, but he didn’t stop there:

If he didn’t hurt his elbow, he might have had a few more highlights.

Oh, and Russell Westbrook threw one down too:

Tweet of the Day, because of course Dion Waiters shot 1-of-9 from the field:

What’s that sound you hear? It’s the Spurs coming for a top seed in the West. They’re now 3-0 since Kawhi Leonard’s return from a hand injury. He had his best game yet on Wednesday, and Denver had no answer for him.

At least Denver got a nice highlight out of Wilson Chandler: