Apr 22, 2015 3:26 PM PHT
Nissi Icasiano
Facebook Twitter Copy URL
Copied
Bob Arum says the latest draft of the contract that he received was not the deal that Pacquiao's camp originally agreed to 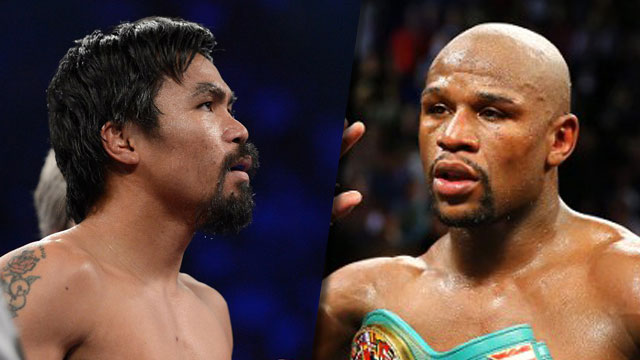 MANILA, Philippines – With a little over a week to go before the heavily-hyped showdown between Manny Pacquiao and Floyd Mayweather Jr on May 2 (May 3 in Manila), the agreement for the super-fight to be staged at the 16,800-seater MGM Grand Garden Arena in Las Vegas, Nevada still has not been signed.

In a report by ESPN, Top Rank Promotions chief Bob Arum is not inking his signature on the latest draft of the contract that he received on April 15 because it was not the deal that Pacquiao’s camp originally agreed to.

“We agreed that we would all be signatories on the final contract and then they sent us a draft of the agreement and it excluded us,” said Arum, who has been promoting Pacquiao since 2005 when the Filipino boxing icon left Murad Muhammad.

Being left out as one of the signatories on the contract means that Arum’s boxing promotion would not have control of decisions during the much-awaited event, including in-arena production, video content and music. 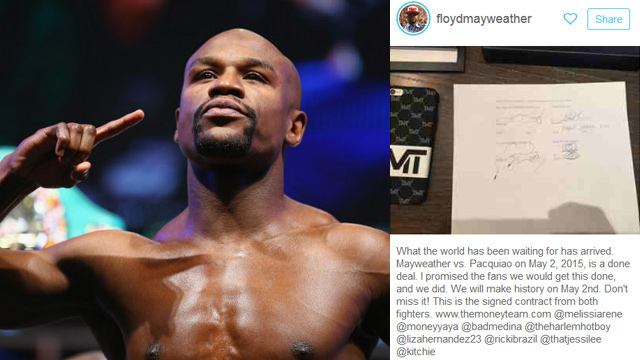 “They don’t want us to have any say. So whether they came up with the deal between Mayweather and MGM before or after our agreement, they’ve committed fraud either way. That’s what we’re enmeshed in,” he stated.

As the pact with MGM Grand remains unsigned, tickets have not been put on sale.

Top Rank has not promoted a fight at the MGM Grand since April 2014 when Pacquiao defeated Timothy Bradley Jr via unanimous decision to reclaim the WBO welterweight title.

According to the same report, Pacquiao posted a copy of the term sheet on his Facebook page briefly before he deleted it, stating that Mayweather Promotion and Top Rank will “jointly own and promote the event” and naming the unbeaten American boxer as the lead promoter and “sole negotiator” of the deal with MGM.

“Bob wants to be the focal point of everything and create controversy that doesn’t exist,” Ellerbe stressed. – Rappler.com