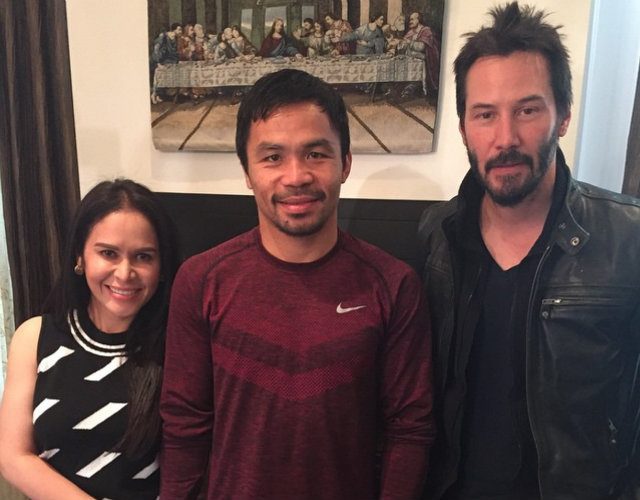 MANILA, Philippines – Manny Pacquiao entertained a few more high profile visitors on Thursday as he gears up for his 12-round welterweight championship bout against Floyd Mayweather Jr. on May 2 (May 3 in PH). 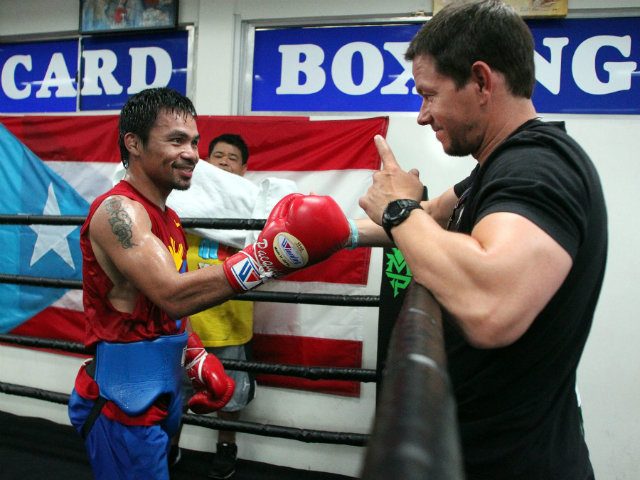 A film performer since 1985, Reeves rose to stardom for his starring roles in several blockbuster movies such as action thriller Speed and the science-fiction trilogy The Matrix.

In addition, the 50-year-old Canadian appeared in a number of sports-oriented films, including The Replacements and Point Break.

The 43-year-old American actor Wahlberg has been a long-time supporter of the Pinoy southpaw and is known for the roles he played in films such as Three Kings, Italian Job, The Perfect Storm and Rock Star.

On the other hand, Pacquiao once had an acting career in the Philippines, playing a major character in two local movies that were not commercially successful and were panned by critics. – Rappler.com