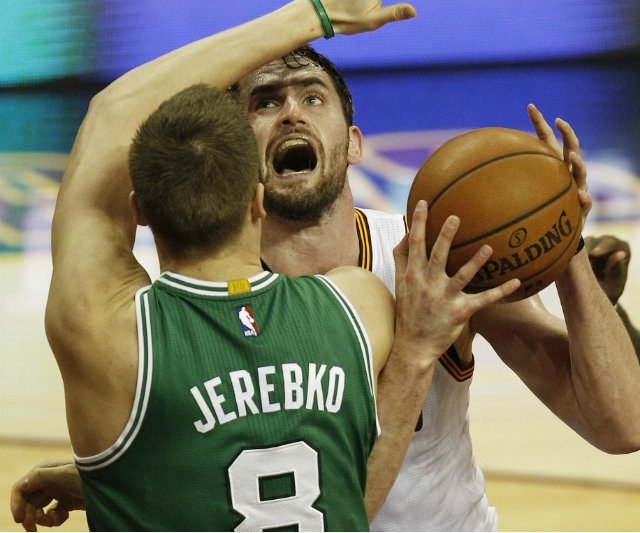 Facebook Twitter Copy URL
Copied
Early in the first quarter, Love was tangled with Celtics big Kelly Olynyk for a loose ball and in the process, dislocated his left shoulder.

Early in the first quarter, Love was tangled with Celtics big Kelly Olynyk for a loose ball and in the process, dislocated his left shoulder.

After suffering the injury, Love called to be subbed out of the game and ran to the locker room. It was reported by ABC not long after that he would miss the rest of the game.

“I have no doubt in my mind that he did it on purpose,” Love was quoted by ESPN. Love will be re-evaluated when the team returns to Cleveland.

The Cavs wound up winning, 101-93, to advance past the first round. They will take on either the Chicago Bulls or Milwaukee Bucks in the East semis.

The absence of Love, who averaged 16.4 points and 9.7 rebounds a game in the regular season, would be damaging to Cleveland who uses him as their main floor spreader.

In the third quarter, the Cavs lost JR Smith to an ejection after he hit Boston’s Jae Crowded with an elbow. There’s a possibility the NBA will suspend Smith for his team’s next game due to his actions.