Facebook Twitter Copy URL
Copied
The Philippine rugby team has climbed from the bottom of Asia to be ranked 51st in the world, helping grow the sport in the country

MANILA, Philippines – Last Saturday the Philippine Volcanoes rugby team lost to Sri Lanka, 27-14, in the Division 1 title match of the Asian Rugby Championship in Bocaue, Bulacan. It was a bitter defeat, considering the Volcanoes had previously beaten the South Asians twice, including a last-minute 26-25 win in Colombo last year.

On the surface, things look tough for the sport in the Philippines. Rugby is a niche sport, played mainly by expatriates here. The national team is solely composed of players who learned to play abroad.

Filipinos have yet to understand the sport’s rules and culture. During the semifinal game against Singapore last Wednesday, I helped shush the noisy fans who were making a racket during two crucial Volcano place kicks. The team’s staff were doing the same from the track. Kickers don’t need distractions while kicking for goal in a close game. In mature rugby nations, the crowds remain silent when the home team’s kicker is winding up for a shot.

Many fans also cheered a Philippine penalty kick attempt that missed, not knowing that the flags must go up indicating a successful strike.

It’s easy to compare rugby with football since the Azkals, like the Volcanoes, are predominantly overseas-born. But football has a long history in the Philippines, and the Visayas and Mindanao are dotted with football towns where there is real passion for the game. There is no Barotac Nuevo for rugby.

There are logistical constraints too. You can play small-sided football (futsal) on any basketball court. But rugby, even its seven-a-side version, is played on a full-sized pitch.

And yet rugby deserves a place in the Philippine sporting firmament for many reasons.

With our loss to Sri Lanka, the Volcanoes are, based on ARC finishes, the fifth-best nation in Asia. We were ranked 51st in the world going into this event.

The Philippine Volcanoes started off life in the very bottom tier of the Asian rugby pyramid, rapidly working their way up with win after win, to the top tier, where they finally met their match against regional powers Japan, South Korea and Hong Kong. Now the Philippines are settled in the second tier, Division 1, while those  three biggies have their own tier to themselves, since they are way better than everyone else. 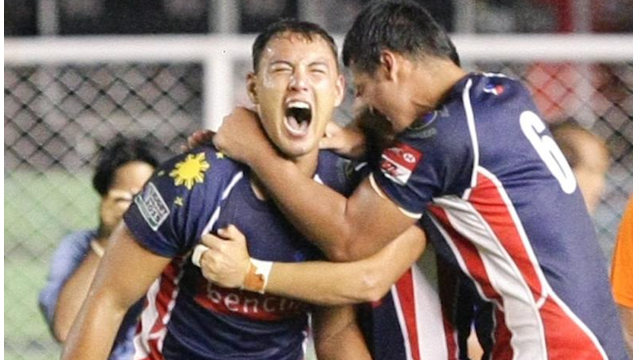 The Philippines may be at a disadvantage in the fifteen-a-side game but in sevens we are doing better. In fact the Volcanoes even made it to the sevens world cup last year in Russia, qualifying out of a tournament in Singapore.

Rugby sevens is in the SEA Games this year in Singapore, and the Philippines are gunning for a gold medal. Some of the players who starred last week could be on the SEAG roster, plus a few other sevens-specialists. (The fitness requirements for sevens are different for those in the fifteens game.)

Since medals are becoming increasingly difficult to come by in the SEA Games and especially at the Asian Games, the Volcanoes’ emergence is very welcome.

But any sport must flourish at the grassroots level, and the Philippine Rugby Football Union, the sports’ NSA, is not remiss in this department.

Rugby is no longer just an expat game. The University of Makati has a rugby team, and rugby programs have sprouted in Canlubang, Davao, Cagayan De Oro, Cebu, and Clark. Some of these teams are playing “touch rugby,” the gentler, non-tackle, version of the game, but they could easily progress to the real thing down the road.

There are scores of young children now playing the sport, which bodes well for the future. One day we might even have players who were born and raised here on the national team.

Sure, the sport is not yet that popular in the Philippines. But does it matter? I say not. Every sport, especially team sports, offer valuable life lessons to young and old alike.

Those youngsters can easily draw inspiration from the current crop of Volcanoes. They are a nice bunch who have sacrificed a lot to play for their country. During the ARC they lived in humble housing near the Philippine Sports Stadium that may have been made out of converted container vans. Previous to the tournament they stayed in the dorm at their Silangan facility.

To a man, the Volcanoes are immensely proud of their heritage. One example is Benjamin Mudie, the Filipino-Australian forward. I introduced myself to him after the game against the Philippines and he insisted on speaking to me in Filipino. It was accented, but you could tell he had really put in the work to learn the language.

After the final match I spoke with him again, and asked him about his chances of making the SEA Games sevens team. He answered “sana!”

Later on in the conversation he used “po” in addressing me. I jokingly upbraided him for making me feel old. He laughed and said “okay, sige pare!”

But the most remarkable show of humility and teamwork this week has been that of Matty Saunders, believed to be the team’s all-time leading try scorer. He was unavailable to play in the competition but volunteered to be the side’s waterboy. He even had a jersey made with the word “waterboy” on it.

I posted a picture of him bringing out his inner Adam Sandler on the pitch on Facebook during the semifinal win against Singapore. It was liked more than 500 times and was shared 169 times as of this writing.

“I’m just a small link in the chain,” says Saunders. “Lots of people have helped out behind the scenes. I’ll obviously do whatever I can to help the team.”

Rugby has found a foothold in the Philippines. And with a selfless attitude embodied by Saunders and others, the sky is definitely the limit for the Volcanoes and the wonderful game they play. – Rappler.com