Could the next Philippine boxing great be found in prison? 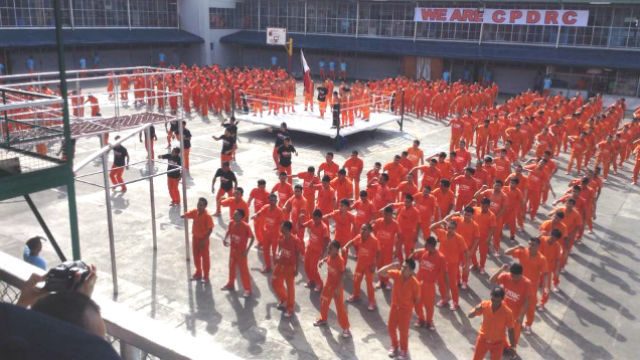 MANILA, Philippines – Where will the next Philippine boxing great come from? One guess could be the prison system.

That’s what event organizers are hoping to find when they host a pro-amateur boxing card on Saturday, May 23, at the Cebu Provincial Detention and Rehabilitation Center (CPDRC) in Cebu City.

“Maybe there’s some good boxer from the jail, so that’s why we want to develop the ones from the jail,” said Salud, a 34-year veteran of boxing promotions who led the Peñalosa brothers Gerry and Dodie Boy Sr, plus Malcolm Tunacao to world championships.

Salud has had success in the past scouting from prisons, taking an ex-con from Agusan del Sur named Lee Escobido to an upset win over Noel Tunacao for the Philippine flyweight title in 1995.

Cebu’s maximum security prison, which holds 1600 prisoners, became famous a decade ago for its other notable rehabilitation program, the Dancing Inmates, which showed prisoners dancing to songs like Michael Jackson’s “Thriller” and “Y.M.C.A.” by the Village People in viral videos.

The prison added a boxing team in 2013, and has held 14 amateur events there, with many of their bouts coming against the International Pharmaceutical Incorporation (IPI) boxing team. The team currently boasts 12 fighters.

“It helps a lot with the prisoners. It teaches discipline, exercise, and it’s a morale booster,” prison warden Bobby Manansala told Rappler. “It gives them hope, that maybe some day they can get out of this prison.

“Maybe someday we can have the best fighter here. We can bring him outside, of course, with a court order.” Other bouts include minimumweight Joey Canoy (8-1-1, 3 KOs) looking to rebound from his first career defeat when he faces Michael Borja (6-12-1, 6 KOs).

It’s not uncommon for boxing champions to come from the penal system.

Bernard Hopkins, a former middleweight and light heavyweight champion, discovered boxing while serving 5 years of an 18-year sentence at Graterford Prison in Pennsylvania.

James Scott, a light heavyweight contender during the 70s and 80s, continued his career from behind the walls of Rahway State Prison in New Jersey while serving time for robbery. His final fight at the prison pitted him against future champion Dwight Muhammad Qawi, who had once been a prisoner at the same facility years earlier.

The show will be open to the public and prisoners with free admission, though Salud said the public will be segregated from the prisoner spectators.

Salud isn’t holding high expectations of finding another Manny Pacquiao at the prison.