MANILA, Philippines – Two-time UAAP women’s volleyball MVP and champion Alyssa Valdez will lead the 12-woman lineup that will represent the Philippines in their return to the volleyball tournament of the Southeast Asian Games on June 10.

Although building the team faced many off-court issues and difficulty getting commitments from players, the composed roster includes many of the best volleyball players the Philippines has today and figures to be a contender once the competition begins.

From Valdez, to Shakey’s V-League MVPs Rachel Anne Daquis and Jovelyn Gonzaga, to former UAAP MVP Aby Marano, and many more, the team has many individual stars that are compelling. But as a unit, many are more interested about what kind of message the girls will send in terms of the Philippines displaying that they are back in the volleyball field after a 10-year absence.

Personally for Valdez, it means hope for the sport’s future in the Philippines, where volleyball has enjoyed a growth in popularity over the past few years,

“Siguro the perfect way talaga na to sum all this thing is, there’s really hope for Philippine volleyball,” she told Rappler after team practice at the Blue Eagle Gym on Thursday, May 29. “Nagiging united tayo as one to represent the country.”

“Not only in volleyball,” added Valdez, “but also in different sports, diba? Everyone’s united and everyone wants to represent the Philippines.”

(The perfect way to sum this all up is that there’s really hope for Philippine volleyball. We’re becoming united as one to represent the country – not only in volleyball but as well as other sports.)

One of Valdez’s other assignments in Singapore, where the SEA Games are set to take place, is to be the flag-bearer of the country during the opening ceremonies. The designation puts her front and center as representative of the country. 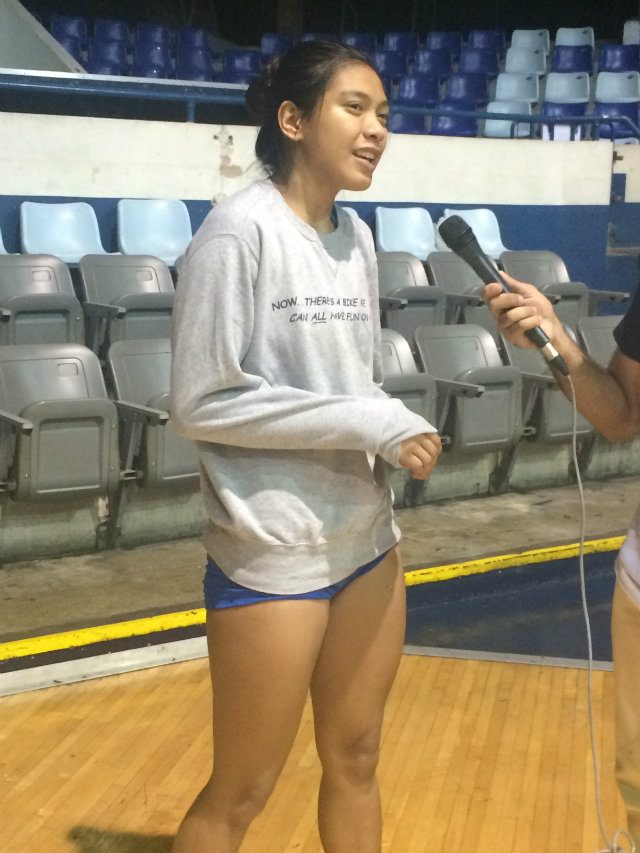 “Being the flag-bearer, honestly, you can’t explain how much… sobrang nakaka-speechless talaga, kasi yung mga kasama mo duon, diba, and I think I’m really happy lang din. Not only for me, but also for Philippine Volleyball,” said Valdez.

(Being the flag-bearer, honestly, you can’t explain how much… it really makes you speechless because of those who you’ll be with there, and I think I’m just really happy.)

“It’s not only my opportunity; it’s showing din the Philippines being aware na that there’s the sport na volleyball also. I’m hoping other sports, diba, makikilala din (will also be known), but I think after long years of waiting, finally Philippine volleyball is back in the SEA Games din, so we’re really happy.

“And sana (hopefully) it opens a lot of opportunities not only in these local tournaments, but international tournaments for Philippine volleyball also.”

Valdez and her teammates have over a week more to train for their competition after being formed just in the second week of May. But despite the minimal time to prepare, Valdez feels the team will have more than enough to compete with their Southeast Asian rivals.

“Honestly speaking, for me, as a player, even if I train siguro a year for a tournament, I would definitely feel na I’m not yet ready,” she said.

(For me, even if I train a year ahead of a tournament, I would still feel that I’m not yet ready. It’s really your mindset during the game. All players are training with their respective club teams and they aren’t stopping yet with tournaments, so our bodies are definitely conditioned.) And her mindset remains the same as it has over the past two years while leading Ateneo to back to back championships: heartstrong.

“My mindset, it’s always naman you should play happy eh and you should give your strongest heart out there when you play,” said Valdez.

(It’s the same thing: it’s the same mantra as what our coaches always tell us… and I think that’s the best way to perform as a team at the SEA Games.)