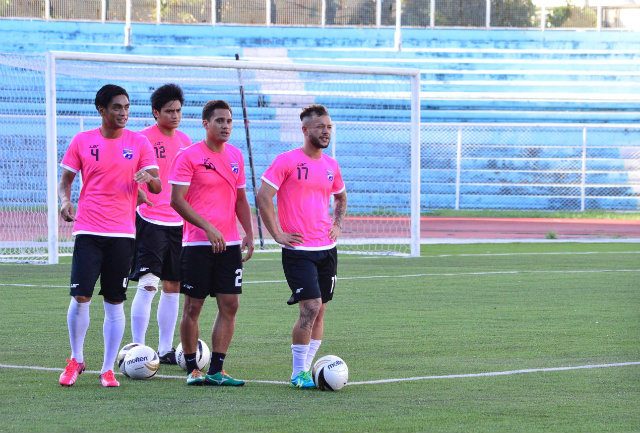 Facebook Twitter Copy URL
Copied
Stephan Schrock, Phil Younghusband, Neil Etheridge and the rest of the Azkals sweat it out in pink practice jerseys as they prepare for their World Cup qualifying matches against Bahrain and Yemen

MANILA, Philippines – The Azkals are already deep into training for their World Cup qualifier matches on June 11 against Bahrain and June 16 versus Yemen. The side trained last Tuesday in Rizal Memorial but will commence practices in the Philippine Sports Stadium on Thursday.

Other notables getting a workout with the team are Stephan Schrock, Phil Younghusband, Neil Etheridge, and captain Rob Gier. Amani Aguinaldo started the training session but had to take a break from most of the hard drills with a gimpy knee. Other than that there were no other apparent injury concerns among the bunch.

Coach Thomas Dooley says he will install a new system using three defenders instead of the usual four. The team only started training on June 1, which gives them only a week and a half to build cohesion before facing off against a menacing Bahraini eleven. In their only friendly match of the year, the Azkals dropped a 2-1 loss to Bahrain in Riffa last March. 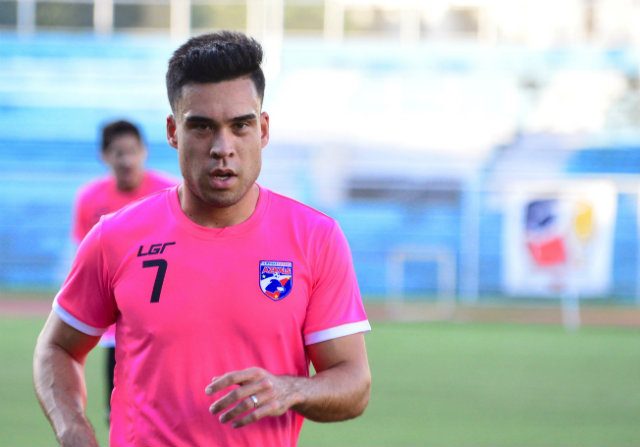