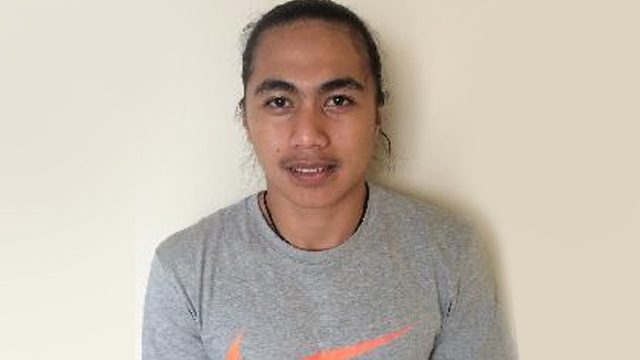 Facebook Twitter Copy URL
Copied
“They told us there was not enough material time to conduct the gender test on the Indonesian,” said Philippine Volleyball executive President Jose Romasanta

SINGAPORE – Singapore Southeast Asian Games organizers have turned down the Philippine delegation’s request for a gender test on Indonesian volleyball player Aprilia Santini, who is competing in this regional sports showcase.

“They told us there was not enough material time to conduct the gender test on the Indonesian,” said Larong Vollleyball ng Pilipinas, Inc. President Jose Romasanta on Wednesday, June 10, on the sidelines of the PH-Indonesia women’s volleyball match at the OCBC Arena.

Romasanta said that the Singaporean hosts told him they were only following the directive given by the International Volleyball Federation, known by its French acronym FIVB, clearing Santini to play in an earlier FIVB-sanctioned competition.

The volleyball head, who is also the Philippine Olympic Committee First Vice President, said that he was not aware of the competition where the Indon had been given a clean bill of health by the FIVB.

Romasanta said one option they could exercise was to place the game against Indonesia under protest, but was prevailed upon here by a Filipino FIVB official, who requested anonymity, not to pursue it any longer because “the FIVB has already ruled on the matter.”

National women’s coach Roger Gorayeb had earlier singled out Santini because of what he describes as her masculine appearance and physique.

The Philippines vs Indonesia women’s volleyball game was not broadcast live. Vincent “Chot” Reyes, Head of Sports & Digital5, tweeted after the start of the game that there were “tech issues w Singapore host broadcaster,” adding that the game would be shown on delay at 7 pm on Wednesday.

Bannered by popular volleyball ace Alyssa Valdez and the towering siblings of Dindin Santiago-Manabat and Jaja Santiago, the national women’s team is marking a return to SEA Games volleyball action since the 2005 when the country last hosted the meet.