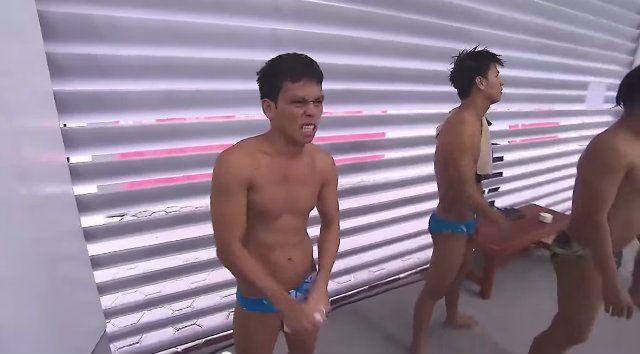 A video of failed attempts by Filipinos during the men’s 3-meter springboard competition of the 28th Southeast Asian Games in Singapore has drawn more than a few snickers from observers on Wednesday, June 10.

After respectable showings in earlier attempts, Filipino divers John Fabriga and John Pahoyo earned scores of 0 from judges after the former landed on his back on his dive while the latter slipped on the springboard before prematurely landing on the pool.

The two men then healed their wounds in a jacuzzi, landing feet first in their second body of water of the day.

Pahoyo saw the humor in it himself, posting a message on Facebook after the video went viral.

“I even laughed at myself after I did this dive hehe,” wrote Pahoyo. “But after all this was not the first time I failed a dive, and I was not the first one who did so. And I am still proud because not all of us has the privilege to represent our own country to sucha (sic) big sporting event like this.

“And by the way can I ask all of you if you can still smile after getting embarrassed in front of thousands of people? hehe just asking, right?”

There is a silver lining in that Fabigra and Pahoyo will be remembered longer than many of the athletes who won gold. – Rappler.com