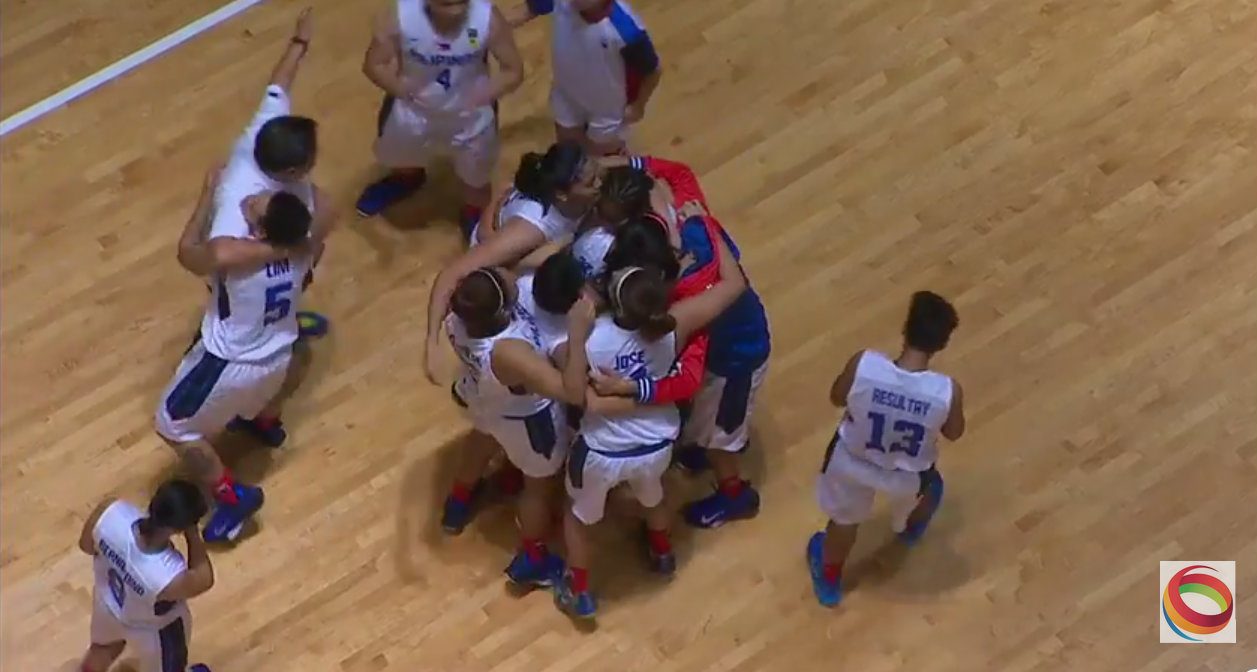 Facebook Twitter Copy URL
Copied
Thanks to the crucial heroics of Cindy Resultay and veteran playmaker Merenciana Arayi, the Filipina basketeers did both in a well-earned 74-63 triumph over the Malaysians

SINGAPORE – The Philippine women’s basketball team knew entering the game against Malaysia on Thursday, June 11,  that it needed not only to win but prevail by a margin of seven points or more to remain in championship contention.

Thanks to the crucial heroics of Cindy Resultay and veteran playmaker Merenciana Arayi, the Filipina basketeers did both in a well-earned 74-63 triumph over the Malaysians in the 28th Southeast Asian Games women’s basketball competitions at the OCBC Arena here.

Resultay and Arayi, who had 15 points apiece, scored three free throws in the clutch in preserving the team’s second win against three outings in Group B.

“I told my girls not to think about the seven points but to take it a point at a time. They played their best so I’m very proud of them,” said coach Patrick Aquino, whose charges were deadlocked at 30-all with the Malaysians  after the first half.

Aquino cited Arayi “because she redeemed herself” after making critical mistakes in the country’s 57-62  loss to defending champion Thailand last Tuesday.

Having beaten the Malaysians, Aquino added, the Nationals need to sweep their last two matches against Indonesia on Friday and host Singapore on Monday and hope that the Malaysians, who shocked the Thais, 65-56, last Wednesday, does not drop any of their matches left.

Should this scenario happen, the country will finally be able to capture its first women’s basketball ball gold medal in the SEA Games.

With the Filipinas ahead 69-57 lead with 1:28 left, Magdalene Low drilled two strait  triples against a Resultay basket, cutting the gap to 63-71.

But Arayi canned a charity off a foul for a 72-63 count with 34 second remaining, then Lim made a key block on the opposite end, subsequently leading  to two free throws by Resultay, who canned them both with eight seconds to go wrap it up.

Malaysia’s Nur Izzati Yaakob missed a desperation triple just inside their half court as time expired while the Nationals gathered around at midcourt hugging themselves in joy, knowing that  their gold-medal chances were still very much alive.