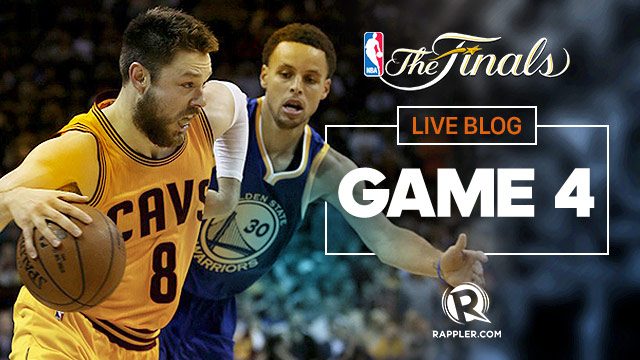 MANILA, Philippines – Steph Curry and Andre Iguodala came through for the Golden State Warriors and led them to an emphatic 103-82 blowout win over the Cleveland Cavaliers in Game 4 of the 2015 NBA Finals on Friday, June 12 (Thursday, June 11) at the Quicken Loans Arena in Cleveland, Ohio.

The Warriors averted an improbable 3-1 deficit and evened the series at 2-2 going home to Oakland.

MVP Curry and Iguodala had 22 points apiece, while LeBron James settled for just 20 after averaging 41 points through the first 3 games.

Timofey Mozgov had a career-high 28 points but it was not enough for an exhausted and depleted Cavaliers squad.

Look back on all the action through these highlights.