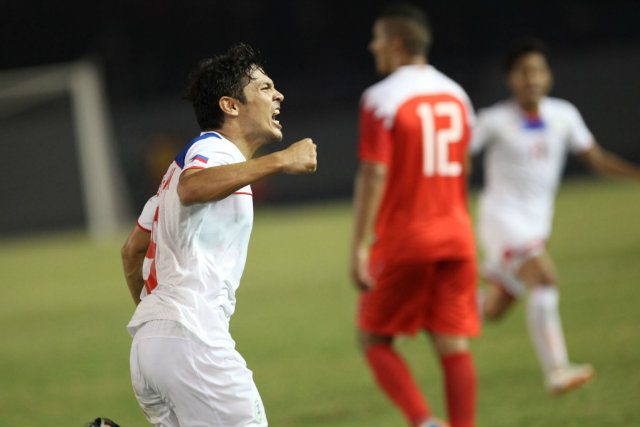 MANILA, Philippines – The road to Russia just got a little clearer.

Misagh Bahadoran, who also scored for the Philippines in their 2-1 victory over Bahrain on June 11, broke the deadlock in the 53rd minute off an assist from Javier Patiño.

Azkals newcomer Iain Ramsay of Australia made his formal introduction to Philippine fans in the 74th minute when he slid a shot past the goalkeeper.

Neil Etheridge, who rejoined the team after reconciling a rift with Coach Thomas Dooley, kept a clean sheet against Yemen.

The Azkals entered the match ranked no. 137 in the world by FIFA while Yemen is rated no. 165.

The match was held in neutral territory due to the civil war in Yemen.

The win gives the Philippines 6 points, placing them second behind North Korea in Group H due to North Korea having scored one more goal (5-4) through two matches.

The Azkals will return to home turf on September 8 when they face Uzbekistan, then ship off to Pyongyang to face North Korea on October 8, before facing Bahrain in a rematch on their home turf on October 13.