Jun 24, 2015 6:35 PM PHT
Ryan Songalia
Facebook Twitter Copy URL
Copied
Darren Young, who is one half of the WWE's tag team champions, wants to know why his boyfriend's face was blurred in a recent episode of Swerved 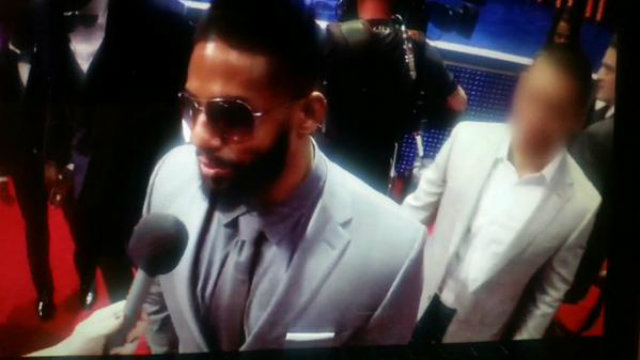 MANILA, Philippines – Openly gay World Wrestling Entertainment performer Darren Young called out his employer on social media this week, criticizing their decision to blur his partner’s face during an episode of their TV show Swerved on the WWE Network.

Young, whose real name is Fred Rosser, came out in 2013 in an interview with TMZ, becoming the first openly gay active performer on the WWE roster. He’s one half of the current tag team champions Prime Time Players alongside Titus O’Neil, having won the title at the Money in the Bank pay-per-view earlier this month.

Swerved by @WWE but 2 blur my man's face is totally disrespectful 2 me! Why? It wasn't done on #WWEUnfiltered. pic.twitter.com/olAe44X0BL

The WWE has yet to release a statement on why Young’s partner’s face was blurred.

This isn’t the first time Young has called out the Stanford, Conn.-based sports entertainment group on Twitter. On February 10 of this year, Young decried WWE’s tour stop in Abu Dhabi, United Arab Emirates, where homosexuality is illegal and criminalized.

“Why do we bring the best entertainment into a country like abu dhabi and they look down upon women and gays? I get it! #MillionsofDollars,” Young tweeted briefly before deleting the post. 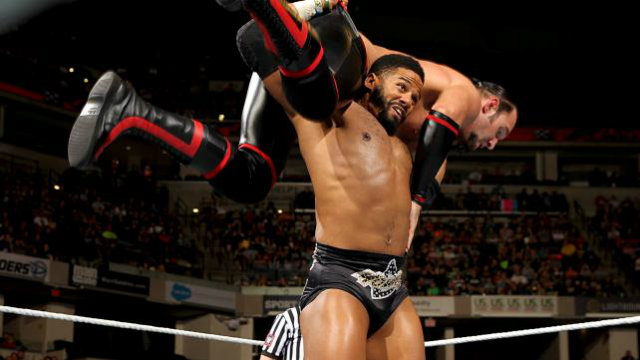 The WWE issued a statement afterwards, admitting that they did not include Young on the tour “for his own protection.”

“WWE does not discriminate against individuals regardless of age, race, religion or sexual orientation, and we continue to proudly support Fred Rosser (aka WWE Superstar Darren Young) for being open about his sexuality,” the statement said.

“Unfortunately, WWE cannot change cultures and laws around the world…”

Young tweeted the following day: “I feel like no none has my back and it upsets me. The struggle is real. I’m human.”

I feel like no none has my back and it upsets me. The struggle is real. I'm human.

Young isn’t the first pro wrestler to reveal he was gay. Chris Kanyon, who wrestling in WWE and the now defunct World Championship Wrestling, claims to have been fired  from WWE for being gay. Popular wrestlers John Cena and Ric Flair spoke out in the company’s defense, claiming instead that it was his inability to remain popular with the audiences that led to his firing.

Kanyon was booked in a segment where he dressed up like singer Boy George shortly before being released from his contract in 2004. He died of an intentional drug overdose in 2010.

Orlando Jordan, who also had worked for WWE, revealed that he was bi-sexual while working for Florida-based company Total Nonstop Action.

The WWE, which partners with The Gay & Lesbian Alliance Against Defamation (GLAAD), has at times been at odds with the advocate group. In 2002, GLAAD took umbrage to what they felt was a “swerve” by the WWE in the gay tag team angle involving Billy Gunn and Chuck Palumbo.

Scott Seomin, GLAAD’s Entertainment Media Director at the time, said the group “supported the representation of Billy & Chuck” initially, but were upset when a promised on-air gay wedding between the two was called off at the last moment.

In 2011, Cena sparked the ire of GLAAD for his homophobic insults to rival wrestlers.

Cena has since voiced public support for Young, telling TMZ, “Darren Young is a consummate professional. I’m actually proud of him for [coming out.].” – Rappler.com