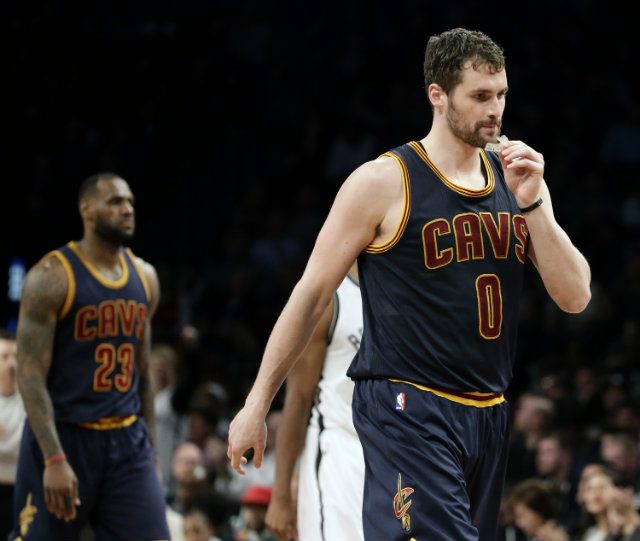 Facebook Twitter Copy URL
Copied
The Cleveland Cavaliers power forward opts out of the last year of his contract, making him one of the most sought after free agents of the off-season

ESPN reports that Cleveland Cavaliers forward Kevin Love has opted out of the final year of his contract – which is worth $16.7 million – to become a free agent.

The 26-year-old came to Cleveland last year to form a super-team with the returning LeBron James and Kyrie Irving, but an arm injury in their first round series against the Boston Celtics kept Love on the sidelines for the remainder of the Cavs’ NBA Finals run.

Cleveland, which also lost Irving to a knee injury in Game 1 of the Finals, fell to the Golden State Warriors in 6 games.

The 3-time NBA All-Star Love averaged 16.4 points per game in 2014-15 – about 10 less than the previous year with the Minnesota Timberwolves – while grabbing 9.7 rebounds per outing.

Speculation has been widespread about whether Love has gelled well with James, a 4-time league MVP and 2-time NBA champion. In February, James tweeted: “Stop trying to find a way to FIT-OUT and just FIT-IN. Be apart of something special! Just my thoughts.” The tweet uses terms that Love had used in an October interview.

Stop trying to find a way to FIT-OUT and just FIT-IN. Be apart of something special! Just my thoughts

Adrian Wojnarowski of Yahoo! Sports reports that “Cleveland remains the frontrunner to sign Love to a five-year, $100M-plus extension, but Love could be willing to hear out Celtics, Lakers.”

Wojnarowski also reports that the Phoenix Suns figures to be “aggressive” in pursuit of Love, while the Boston Celtics could entice Love with a team that involves Robin Lopez plus a returning Paul Pierce.

ESPN reports that the Los Angeles Lakers and Portland Trail Blazers are also expected to make a run for Love.