Multi-titled coach Norman Black, for one, saw no particular disadvantage but likewise found not much added value to having an extra Asian import on PBA teams for the 2015 Governors’ Cup.

“Bringing in an Asian import is not really a big upgrade over Filipinos,” said the one time Grand Slam and 11-time PBA champion coach who is currently head coach of the Meralco Bolts.

Asked for his personal assessment of the impact of Asian imports in their debut this conference, Black said they definitely filled in some gaps for teams but were not game-changers.

“[Japanese import Seiya] Ando has helped us a lot. He’s stabalized our point guard position but he’s not a very dominant player that he can come in and make a huge difference in the game,” explained Black.

“Ando has been pretty average if you ask me. He’s a good player, decent player, but – and let me word this correctly – the American imports bring a little bit more to the table.”

Black cited building and improving relationships with neighboring nations as an advantage to having Asian imports in the league. But he also explained why American imports have more impact.

“One, they bring the entertainment side of it because of their talent and skills. Two, sometimes you can even learn from them because sometimes they bring in skills that you don’t really see that often.”

As part of PBA Chairman Patrick Gregorio’s agenda for the season, teams were allowed the option to bring in an extra Asian import in the season-ending conference apart from the regular import.

The goal is to expand the reach of Asia’s oldest professional basketball league and, hopefully in the future, attract foreign advertisers and increase revenue.

(READ: PBA aims for Asian brands to join, advertise in the league)

Of all the Asian imports this conference, Black said Globalport’s Omar Krayem has “played the best” and Talk ’N Text’s Sam Daghles is “also very good despite the fact they have not done that well this conference.”

“Overall I don’t really see the major impact they’ve (Asian imports) had on the game and I don’t see them being much better than our local players,” Black said. “That’s just my feeling.”

“It really depends on the make-up of your team,” the 25-year PBA coach explained. “If you look at the top 3 teams, lahat kami walang (all of us had no) Asian import. We did not really feel that it was necessary. I don’t think it would give us a huge advantage. But if you look at Globalport, Meralco, KIA, nakatulong sa kanila yung (it helped them to have an) Asian import.” 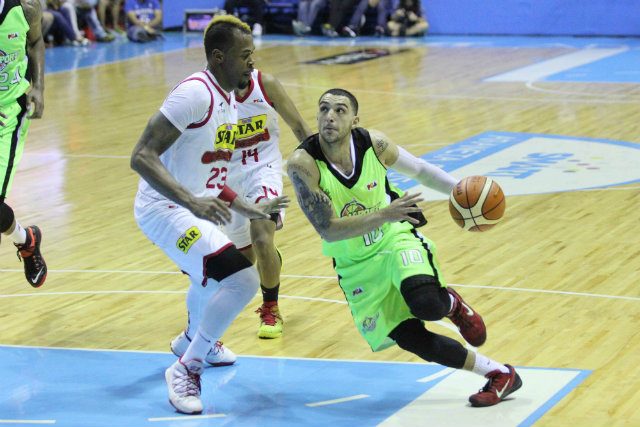 Six out of the 12 teams availed of an Asian import. Only 3 made it to the playoffs and the top 3 teams at the end of the eliminations – Alaska, San Miguel and Rain or Shine – did not have Asian imports.

But of the 6 who did have Asian imports, only two teams (Globalport and KIA) improved their finish from the Commissioner’s Cup.

Guiao said he is “netural” on whether or not the PBA should continue having Asian imports next season, noting there are also disadvantages to it such as additional cost to teams and local guards getting displaced, considering the Asian import height limit of 6-foot-3.

NLEX head coach Boyet Fernandez, on the other hand, hopes there will be Asian imports again next season. More than helping teams win, Asian imports can help locals improve. Such is the case for NLEX’s own Michael Madanly from Syria.

NLEX did not make the playoffs but finished strong in a hard-fought game against Barangay Ginebra. Fernandez sees Asian imports as puzzle pieces that can complete and fortify a team.

“Malaki talaga tulong ng Asian import. It will fill up yung kulang ng teams (Asian imports are a big help. They fill up what’s lacking in teams),” he said. “Hopefully it will continue next year.” – Rappler.com