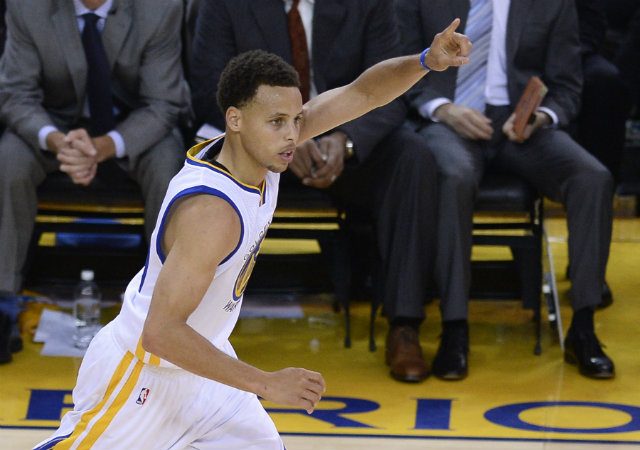 Facebook Twitter Copy URL
Copied
The Warriors were the top-selling club for overall sales, with the Cavaliers also overtaking the Chicago Bulls, who settled for third

NEW YORK, United States – Golden State star guard Steph Curry and the NBA champion Warriors have moved into the top-selling spot in NBA merchandise based on sales during the playoffs, the league announced Tuesday, June 30 (US time).

Curry, last season’s NBA Most Valuable Player, topped the player jersey sales list at the NBA sales website for the first time in his career after the Warriors defeated Cleveland in the NBA Finals.

The Warriors were the top-selling club for overall sales, with the Cavaliers also overtaking the Chicago Bulls, who settled for third, just ahead of the Los Angeles Lakers with San Antonio fifth.

The top-selling jersey from beyond US borders or territories was that of Cleveland guard Matthew Dellavedova at 14th overall. The Australian’s gritty performances in the playoffs for Cleveland, notably in the finals, caught the attention of fans worldwide. – Rappler.com