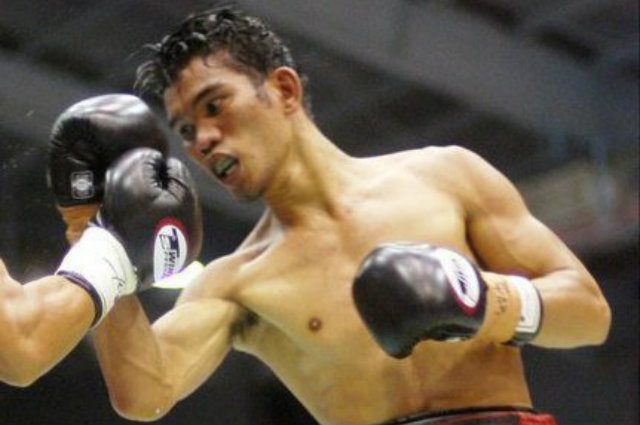 MANILA, Philippines – Warlito Parrenas has competed overseas enough to know why they call it a “hometown advantage.” He fought as an amateur around Asia as a member of the Philippine national boxing team and knows that getting the judges’ approval on foreign soil is never a given.

It’s the reason why, of his 24 victories, 21 have come by knockout. When he meets David Carmona on Saturday, July 4 for the interim WBO junior bantamweight title at the Centro de Usos Múltiples in Hermosillo, Mexico, he’s not expecting any favors from the judges and is looking to keep his fate in his hands.

The winner will be in line to face Japan’s Naoya Inoue, who knocked out Omar Narvaez in two rounds last December to win the title. He suffered a hand injury in that fight and had to postpone, leaving Parrenas and Carmona to fight for the right to face him next.

Long time in the making

Parrenas, a 5-time national champion and a 2005 Southeast Asian Games bronze medalist, learned skill in the amateurs to go along with his heavy-handed, aggressive approach.

The amateurs didn’t offer many opportunities at the time, he says, which prompted him to make a change in 2007.

“At that time it’s hard because you know there’s not much government support. That’s why I thought about going pro,” said Parrenas.

As a pro his luck went up and down, with winning streaks broken up by unexpected losses. After two knockout losses in 2010, Parrenas signed with manager Hiroshi Katsumata and relocated to Japan in 2011. He won 5 more bouts before being knocked out in 33 seconds by Mexican Oscar Blanquet.

“I’m using the losses as motivation so that I can go further in m career,” said Parrenas.

Since the loss to Blanquet, Parrenas has won 7 straight – the longest winning streak of his career – with all but one of those coming by knockout. The 24-year-old Carmona, who, like Marquez, is promoted by Zanfer Promotions in Mexico, has already had an opportunity to be a champion, having lost to Narvaez for the title Inoue now holds by seventh round technical knockout in 2013.

A win for Parrenas would be a bright spot in an otherwise gloomy trend in Philippine boxing, which culminated in Manny Pacquiao’s defeat to Floyd Mayweather Jr in May of this year.

“As long as it’s for my family, I’ll do what it takes. Life is tough back [in the Philippines.]

“This is a big opportunity and I hope I can get it because we’re all getting old,” said Parrenas.