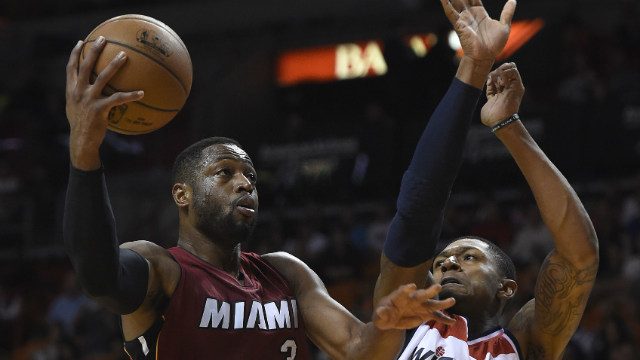 “Let’s Get it! Heat Nation,” the 33-year-old Tweeted, posting a short video captioned “My city My Home My House.”

But after he opted out of the second year of his two-year contract to become a free agent Heat fans feared he’d be tempted to try a new challenge, and team up with his great friend and former Heat colleague LeBron James in Cleveland.

Speculation that such a move was in the offing were fueled on Wednesday by social media reports that the two players had been seen vacationing together in the Bahamas.

However, multiple US media outlets reported Thursday that Wade had agreed to a one-year deal worth $20 million to stay in Miami.

No free agent contracts can be signed until July 9, but a welter of deals were reportedly in the works on the second day of the free agency negotiating period on Thursday.

The Portland Trail Blazers have reportedly agreed on a five-year extension worth more than $120 million with star point guard Damian Lillard.

Lillard, the 2012-13 NBA Rookie of the Year, has continued to mature, earning All-Star nods in each of the past two seasons.

His extension comes as the Trail Blazers prepare for the likely departure of free agent LaMarcus Aldridge. Power forward Aldridge is among the most coveted free agents on the market this year, and is reportedly being courted by the San Antonio Spurs, Los Angeles Lakers and Heat. – Rappler.com