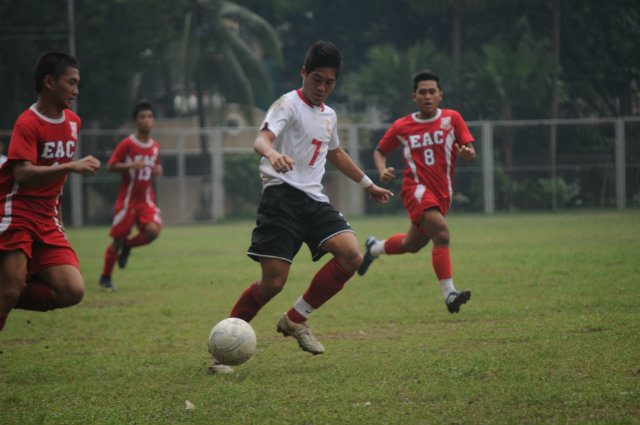 Facebook Twitter Copy URL
Copied
For this year, Ang Liga is introducing a new league format as 12 teams will be divided into two groups of six

Founded by San Beda head coach Aris Caslib and College of Saint Benilde mentor Marlon Maro in 2003, Ang Liga is a yearly inter-school soccer tourney, which pits the best teams from different universities and colleges in the country before the commencement of the regular football season during the academic year’s second semester.

For this year, Ang Liga is introducing a new league format as 12 teams will be divided into two groups of six.

Each bracket plays a round-robin elimination, in which every 11-man troop is slated for five matches against other squadrons in the same group.

The top four teams of each cluster will advance in the crossover quarter-final round, where only four winners will go head-to-head in the knockout semi-final stage.

Meanwhile, the victors of the semi-final round will face each other in the championship, while the losing squads will battle for the second runner-up trophy.

San Beda College will be hosting most of the contests in the elimination round, while University of Makati and Malayan Colleges Laguna will cater as the back-up locations.

Matches from quarter-finals up to the championship round will be held at the historic Rizal Memorial Stadium.

Ang Liga is also introducing a Division 2 competition, where the second units of San Beda, UP, Lyceum and NU will be playing against the football brigades of University of Batangas, University of Makati and Malayan Colleges Laguna.