RAW Deal: The mis-booking of Lana, Rusev and Dolph 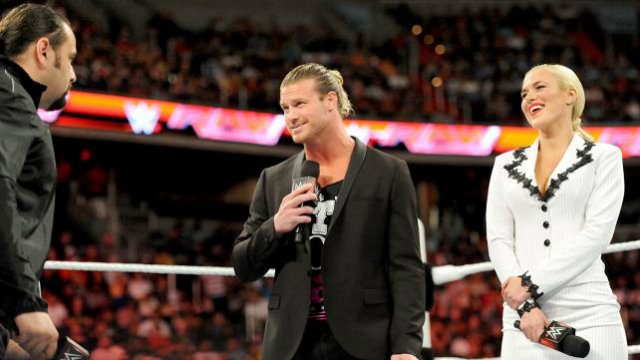 Facebook Twitter Copy URL
Copied
The forced pairing of Lana and Dolph Ziggler simply doesn't work, and it's killing the momentum of all involved

WASHINGTON D.C.—I never skip through anything whenever I watch an episode of RAW to review for you.

I may skip through some entrances and replays and redundant video packages to make the viewing quicker,  but I never fast-forward through any segment. I believe that every segment, no matter how humble, is important to each of the stories the company is trying to tell. That doesn’t just go for WWE, or for wrestling; it goes for anything that’s got a narrative. You, as a member of the audience, need all the pieces of a story.

For the first time, however, I fast-forwarded through a RAW segment.

Obviously, it’s during this week’s episode. So great is my disdain for the Dolph Ziggler/Lana pairing that I simply do not care for this storyline. It’s a damn shame, too, because I’ve been the biggest Rusev fan, supporting the guy ever since he debuted. I hate this angle not only because Rusev and Lana are a real-life pairing, and we know what happens to real-life pairings that get butchered in kayfabe—it’s still a professional act which they consented to, after all—but Ziggler and Lana have absolutely no chemistry.

It doesn’t work. It just does not work. Lana works best when her character is imposing and intimidating, and people get behind Ziggler more when he’s actually focused on the stakes that matter more in this fake sport. C.J. Perry is a great actress, even taking her Russian seriously, but everything falls apart when she tries to be a giddy schoolgirl in love. Ziggler is already a goofball; if he ever wonders why he can’t break through whatever imaginary glass ceiling exists in the WWE, it’s because he derails himself with performances like these. (And he allows himself to be derailed by allowing himself to be written like this.)

The worst part is you could still portray Rusev as the creepy ex-boyfriend without Lana having to find a new squeeze. Granted, there’s not much for Lana to do on RAW because she isn’t a wrestler, but there are so many ways to work around it. Why can’t she give interviews while Rusev stalks her (even though they already did this)? Why can’t she take on a new role under the Authority while Rusev stalks her?

I don’t want any more of this. We’re wasting the potential of everyone involved. If you hate this angle like I do, please, please fast-forward whenever they appear on your screen.

Do you listen to podcasts? Would you want to listen to a local podcast about pro wrestling? If the answers to those questions—especially that last one—are yes, then you should check out the cleverly-named Smark Gilas-Pilipinas Podcast—featuring Mellow 94.7 DJ and PWR General Manager Stan Sy, wrestling writer Romeo Moran, and all-around multimedia person (and voice of PWR) Raf Camus! On their latest episode, the boys talk to official PWR (and all-around kick-ass) photographer Hub Pacheco! Listen to it here! – Rappler.com