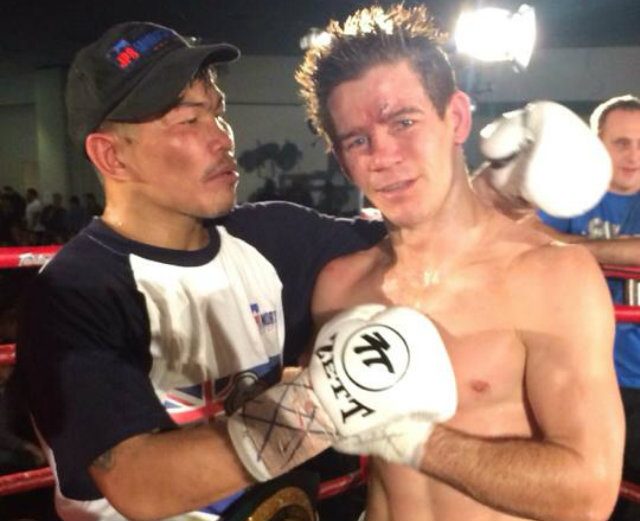 MANILA, Philippines – Filipino boxers Jonel Alibio and Joebert Delos Reyes were considerable underdogs when they met undefeated opponents in Australia on Saturday, July 4. They walked out of the Club Punchbowl in New South Wales with victories and title belts.

Alibio (19-18-5, 10 knockouts) improved his winning percentage to above .500 with an eighth round knockout of Nathan Wright (6-1, 3 KOs) to win the vacant IBO Asia Pacific lightweight title. The Valencia City, Bukidnon native Alibio scored four knockdowns before Wright’s corner threw in the towel at the 1:10 mark.

In the following bout, De Los Reyes (14-5-1, 10 KOs) scored 3 knockdowns of Darragh Foley (5-1, 3 KOs) in their 10-round junior welterweight fight to win a split decision and the WBA Asia Pacific belt.

Alibio, 31, has fought since 2004, and had been a crowd-pleasing favorite in the Philippines before an 11-fight streak between 2011-2014, where he took many difficult fights abroad. This win was just his fifth in 16 fights outside of his native Philippines. He says he is inspired to fight for his wife and two sons.

“If I lost I will cry. If I win, I am so happy,” said Alibio, who says he already has plans to fight in the Philippines next, before taking a fight in Mexico, then back to Australia.

Alibio is promoted by Todd Makelim, who fought Manny Pacquiao in 1999. 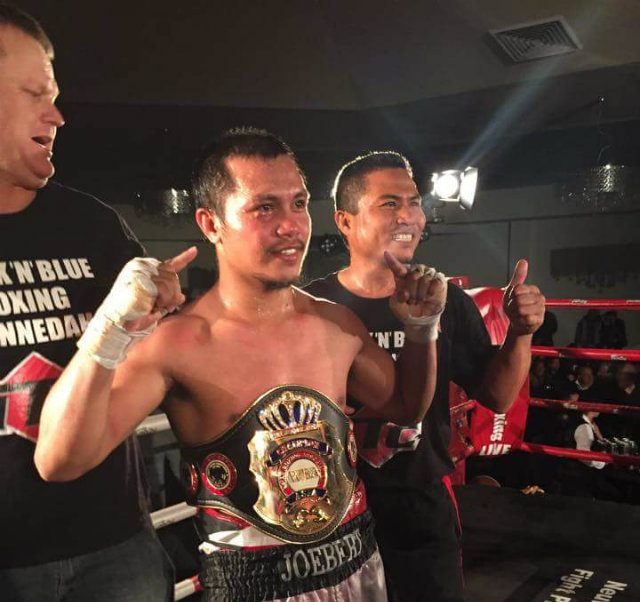 Delos Reyes, who is the pride of Barangay New Clarin in Bansalan, Davao del Sur, says he was inspired by seeing his compatriot win in the fight before his own.

“I am happy when Jonel won, that’s why I concentrated on the fight to win also like Jonel,” said Delos Reyes, who now lives in Gunnedah, Australia.

Delos Reyes, who says he misses his son and daughter while fighting and training out of Australia, will be back in action on July 25 in Narrabri, Australia against an opponent to be determined.