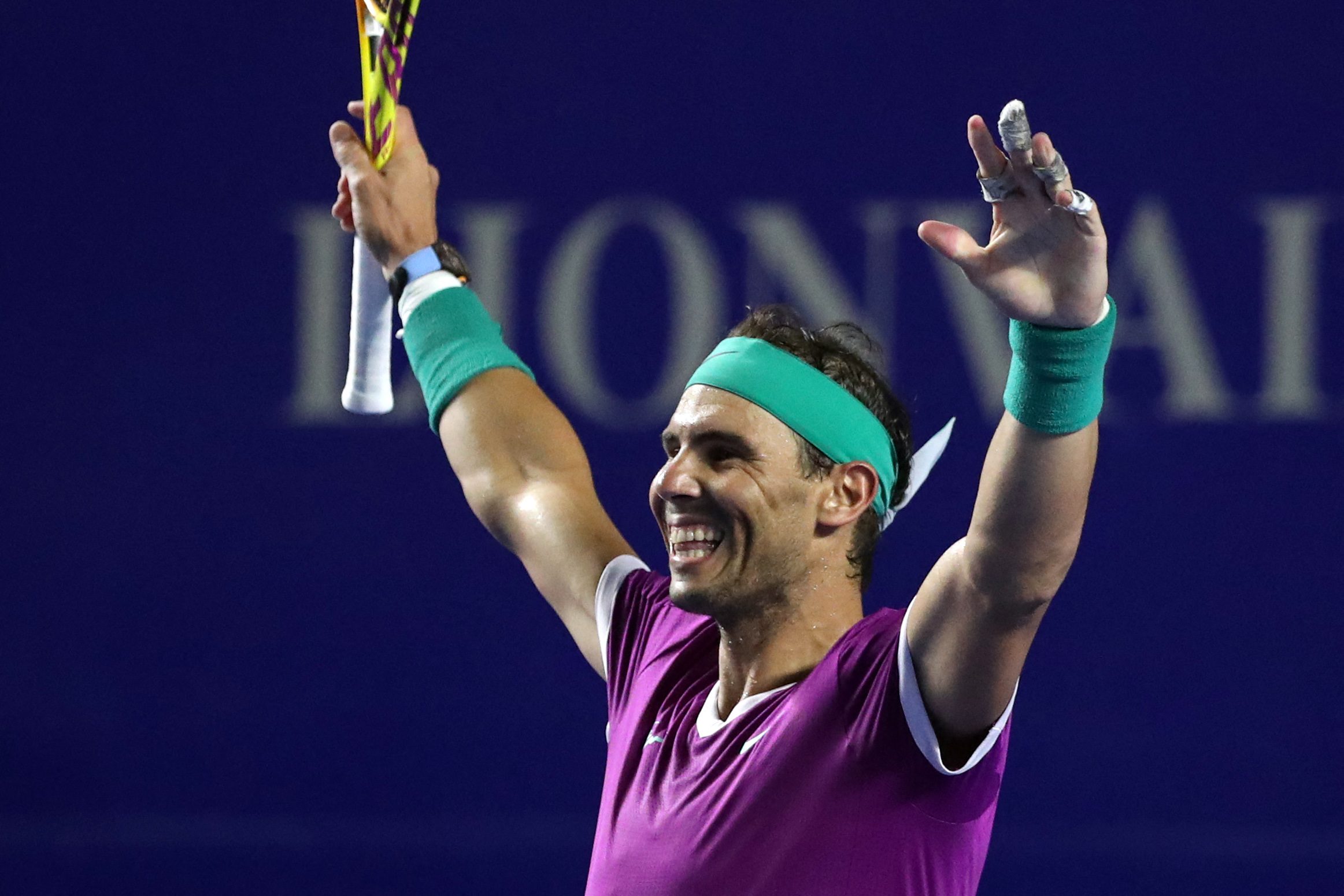 Australian Open champion Rafa Nadal captured his fourth title in Acapulco, continuing his good run with a 6-4, 6-4 triumph over Cameron Norrie in the final of the ATP 500 event on Saturday, February 26 (Sunday, February 27, Manila time).

Nadal stormed through the Acapulco draw without dropping a set to claim his third straight title of 2022, adding to victories in an Australian Open tune-up event and the hardcourt major in Melbourne last month.

The Spanish world No. 5  has won 15 straight matches since returning from a foot issue that sidelined him for nearly six months last year.

He looked in fine form as he fended off a determined Norrie to wrap up the win after an hour and 54 minutes in hot, humid conditions.

“It was a very humid day, very difficult conditions,” Nadal said in his on-court interview. “Cameron is a solid player, a very tricky player who makes you feel uncomfortable.

“I went through some difficult moments in the match, but I was able to survive and take advantage when I had opportunities.”

Norrie was the first to drop his serve in the contest, as a couple of unforced errors from the British sixth seed and a perfectly executed passing shot from Nadal gave the Spaniard a 3-2 lead in the first set, which he held onto to take the set.

Nadal drew first blood in the second set, breaking Norrie’s serve in the opening game. Norrie leveled immediately for 1-1, but Nadal stole his serve again to move 3-2 up with an overhead smash.

The Spaniard then broke a third time to take a 5-2 lead. Serving for the match, Nadal gave Norrie too much space, and the 26-year-old pulled a break back, but the Briton’s tank was empty and he surrendered the tie a couple of games later.

Nadal, who won his first Acapulco title in 2005 and took it again in 2013 and 2020, is now level with compatriot David Ferrer and Austria’s Thomas Muster for the most titles in the Mexican tournament. – Rappler.com