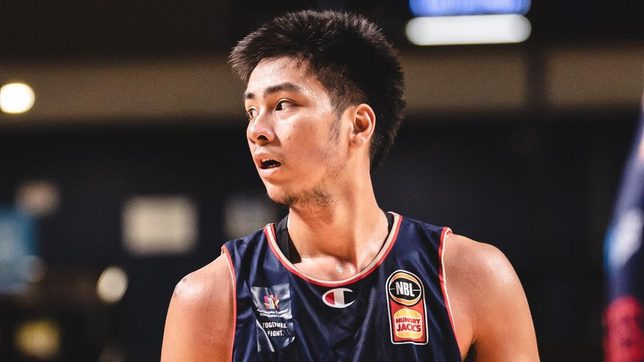 Kai Sotto will no longer play for the rest of the Adelaide 36ers’ preseason run in the Australia National Basketball League (NBL).

This development was personally confirmed by head coach CJ Bruton in a press conference hosted by Tap Sports on Thursday, November 25.

“Right now, I don’t think we’ll be seeing him anymore between now and the rest of the preseason games,” he said.

“It’s more of just managing him, and making sure that he’s healthy and able to do everything, and get across the line of ticking all the boxes that we want every player on our roster to do.”

Bruton gave fans a small window to see what the 7-foot-3 Sotto can do when he thrust him in the starting lineup of the very first NBL Blitz preseason game, but then proceeded to bench his prized ward for the next two outings.

He and team management, however, had no shortage of reminders to fans that players would be rotated regularly. Even big man Daniel Johnson, who erupted for 33 points in his first game, was completely benched like Sotto for the second, as well.

Still, Sotto’s case is a bit different, as the 19-year-old star prospect reportedly went through some body soreness, which likely only made the benching decision easier for the 36ers.

What is clear right now is that Adelaide is set on playing the long game as the start of the season approaches, and that Sotto’s benching is nothing more than a health precaution.

“I’m sure that as you all are so proud of him up to this point, and you’re going to be prouder of him as he keeps continuing his growth along the way,” Bruton assured fans. “As you know throughout the season, it’s not where you start but it’s how you finish.”

Sotto looks to make his official pro debut next week when the NBL season kicks off on December 3.

“My care is to care for every player like family members, every player when they step on the floor and when they’re off the floor. I only want the best for everyone,” he concluded. – Rappler.com