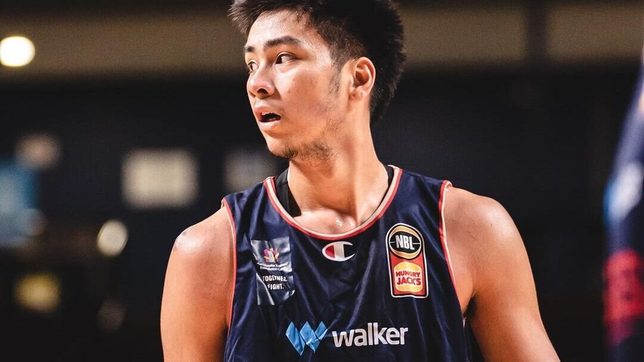 MANILA, Philippines – Filipino prospect Kai Sotto has been ruled out by the Adelaide 36ers for the eighth straight game still due to knee soreness, per a team release on Saturday, December 11.

Even without their prized big man, the Sixers are now aiming to start a winning streak in the Australia National Basketball League (NBL) on Sunday, December 12, as they host the winless New Zealand Breakers.

After dropping its first two games against the Perth Wildcats and the Illawarra Hawks, Adelaide broke through last Thursday, December 9, with an 83-80 escape act against the Tasmania JackJumpers.

Guard Dusty Hannahs led the balanced attack with 15 points, 4 assists, and 3 rebounds in the win that saw five other Sixers score at least 9 points.

As Sotto continues to sit out games, Daniel Johnson, and former NBA players Cameron Bairstow and Isaac Humphries are expected to continue shoring up the frontcourt on both ends.

Johnson notably led the charge with 22 points in Adelaide’s 73-85 loss to Perth, while Bairstow provided a bench spark with 15 markers in their 71-81 defeat against Illawarra.

As head coach CJ Bruton emphasized back in the preseason, the Sixers intend to take a careful approach with the recovery and conditioning of the 7-foot-3 Sotto, who has been sitting out since the preseason tournament.

But the 19-year-old NBA aspirant – who will still be at the sidelines for a signing session before Sunday’s game – assured fans that he is feeling better, and that his return is likely just around the corner. – Rappler.com