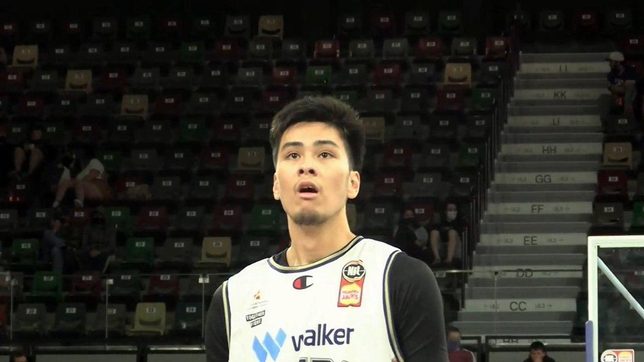 DEACTIVATED. Kai Sotto may not see action with the team for a month.

The Adelaide 36ers continued their winning start in the Australia NBL Blitz preseason with a grinded-out 63-56 win over the Perth Wildcats on Tuesday, November 16 at the MyState Bank Arena in Tasmania.

Filipino teenage tower Kai Sotto, however, was not a part of the rotation entirely as head coach CJ Bruton called for a roster reshuffle, a move that will likely persist in the month-long tournament.

Adelaide big man Daniel Johnson, who dropped 33 points in the 36ers’ 91-87 overtime win against the Cairns Taipans, was also scrapped from the game roster.

Despite this, Bruton still utilized his available players well as the newly-activated Mojave King and Dusty Hannahs led Tuesday’s victory with 11 points apiece. Tad Dufelheimer, who had 14 markers on 6-of-6 shooting last game, chipped in 8 points.

As is the case with most preseason tilts around the world, no player breached 30 minutes of play time for Adelaide, now sitting at first place in the standings with 10.5 points.

NBL Blitz rules state that the team with the most points, and not necessarily the most wins, will be the champion. The 36ers on Tuesday earned 6 points, 3 for winning the game, and 3 more for outscoring the Wildcats in the first, second, and fourth quarters.

Victor Law and Jesse Wagstaff matched King and Hannahs’ output in the losing effort with 11 points apiece as well for Perth, which got one tournament point for outscoring Adelaide in the third frame.

The 36ers will  return on Sunday, November 21, 12 pm, Manila time, to face the Tasmania Jackjumpers. Whether or not Sotto will play that game is up to the coaching staff. – Rappler.com