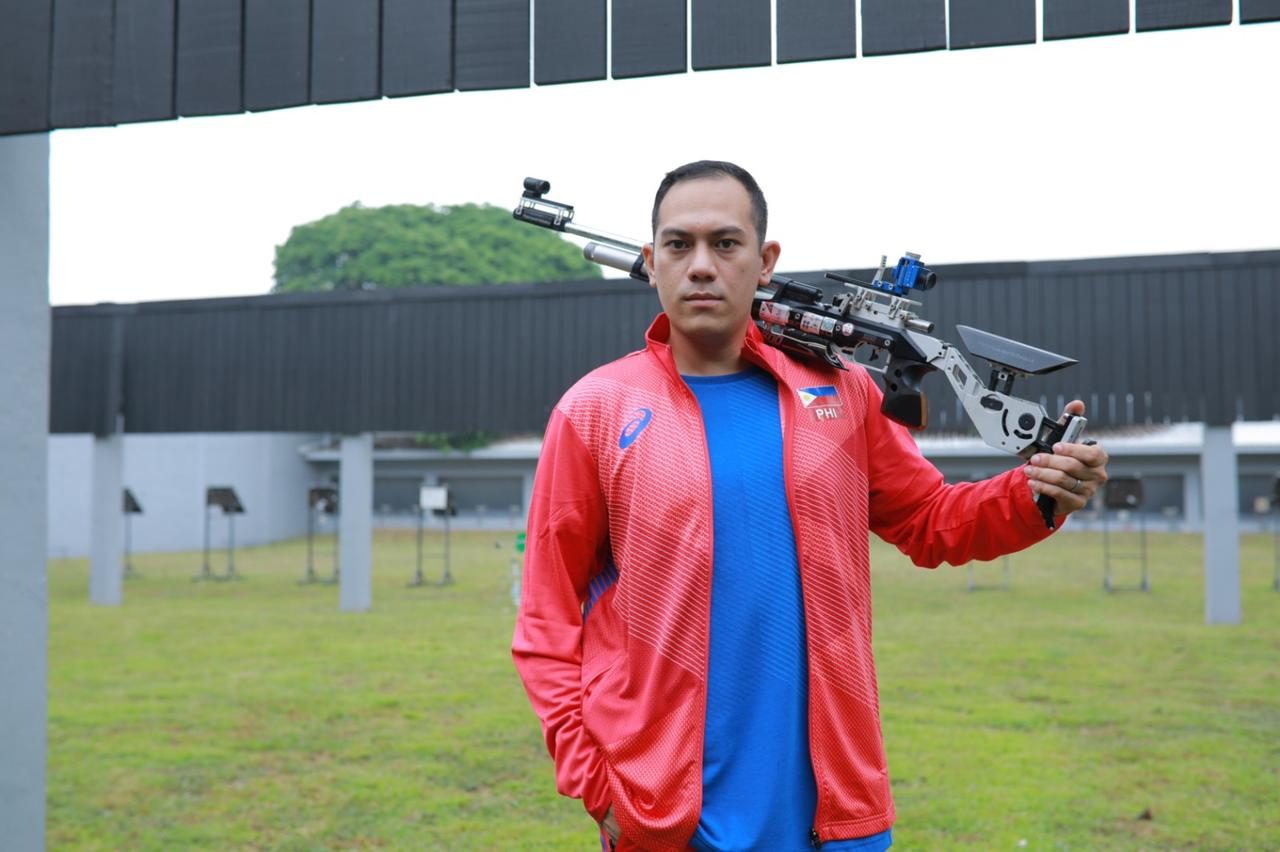 TOP GUN. Jayson Valdez is the first Filipino to qualify for Olympic shooting since 2012.

Jayson Valdez made his Tokyo 2020 Olympics exit in the shooting competition on Sunday, July 25, at the Asaka Shooting Range.

Valdez failed to make the top eight cut for the final later Sunday as he placed 44th out of 47 in the men’s 10m air rifle qualification round.

In the men’s 10m air rifle qualification event, an athlete has to shoot 60 shots in 75 minutes.

Valdez, who dreamt of competing in the Olympics since he was young, accepted the Tokyo 2020 slot awarded to him by the International Shooting Sports Federation via quota allocation. Valdez participated in the 2010 and 2018 Asian Games, and is a bronze medalist in the 2015 Southeast Asian Games. – Rappler.com