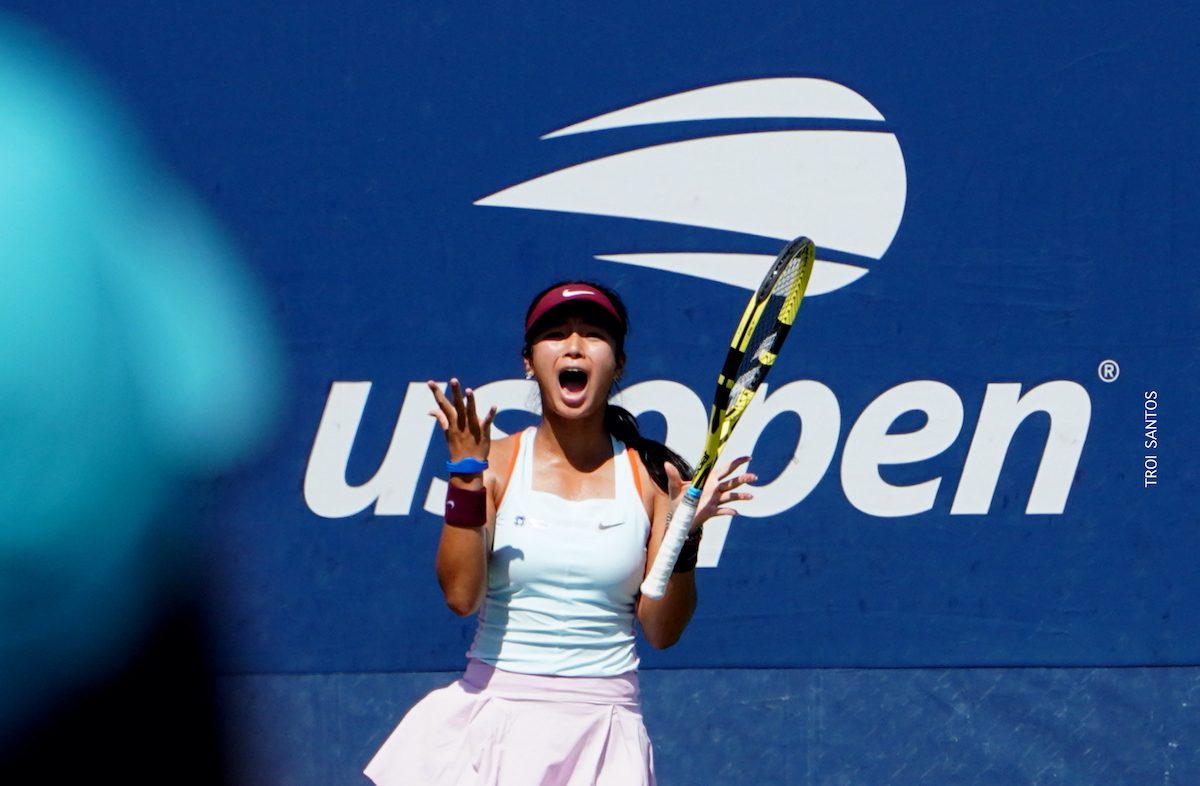 MANILA, Philippines – If there is one thing Alex Eala has learned from her idol Rafael Nadal, it is to be mentally tough.

The 17-year-old channeled Nadal as she became the first Filipino to win a junior Grand Slam singles crown by conquering the US Open on Saturday, September 10 (Sunday, September 11, Manila time).

Pitted against reigning junior French Open champion Lucie Havlickova of Czech Republic, Eala pulled off a 6-2, 6-4 win in the final to complete her historic run in New York.

“The biggest thing I noticed in Rafa is how he fights till the end and how his thoughts are so clear and he is so calm, but at the same time, so fired up,” Eala said.

“I think I really tried to channel that energy during this whole week. That is also what I try to show people who look up to me – to think with a clear head and to not act irrationally.”

Eala has improved by leaps and bounds as she trains at the academy of the 22-time Grand Slam champion in Spain.

A part of the Rafa Nadal Academy for years now, Eala also won two junior Grand Slam doubles titles, the first in the 2020 Australian Open and the second in the 2021 French Open.

“He is a very good role model and someone a lot of people should idolize and try to be,” Eala said.

Seeded 10th, Eala displayed steely resolve throughout the week as she finished the tournament without dropping a set.

“I would say I’m very happy with the way I handled each and every point. I had a lot of moments in this tournament where I was down and I could have lost a set, I could have gotten mad easily, but I did not,” Eala said.

“I think my behavior throughout the whole week is something I’m proud of.”

With a historic Grand Slam title in the bag, Eala said she wants to “take a breath” and share her breakthrough triumph with her family.

“I would say the biggest obstacle is probably being away from my family and many other things that a lot of tennis players also go through,” she said.

“The key is to be surrounded by good people and people I look up to and guide me the right way.” – Rappler.com