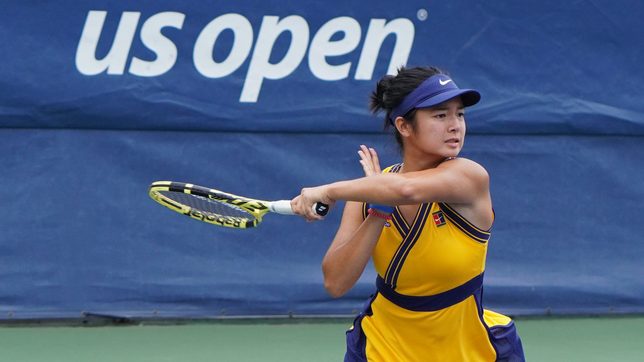 QUARTERFINAL. Alex Eala nails her first quarters berth since the 2021 US Open.

MANILA, Philippines – Alex Eala continues to make her tennis return worthwhile as she barged into the doubles quarterfinals of the 2021 Junior Orange Bowl Tennis Championship in Florida.

Eala and her Argentine partner Solana Sierra defeated the pair of American Katja Wiersholm and Russian Mirra Andreeva, 6-3, 6-2, in the second round of the doubles event.

The No. 3 seeded duo will face Switzerland’s unranked pair of Chelsea Fontenel and American Qavia Lopez.

The 16-year-old Filipina sets her sights on making it far in the tournament after bowing out of the singles event in the second round against Czech Republic’s Kristyna Tomajkova.

This is Eala’s first quarterfinal berth since the 2021 US Open before getting sidelined for two months due to a foot injury.

Eala looks to close out her stellar year with a title in the Grade A juniors tournament after adding a first pro championship and the 2021 French Open juniors girls doubles crown under her belt this year. – Rappler.com