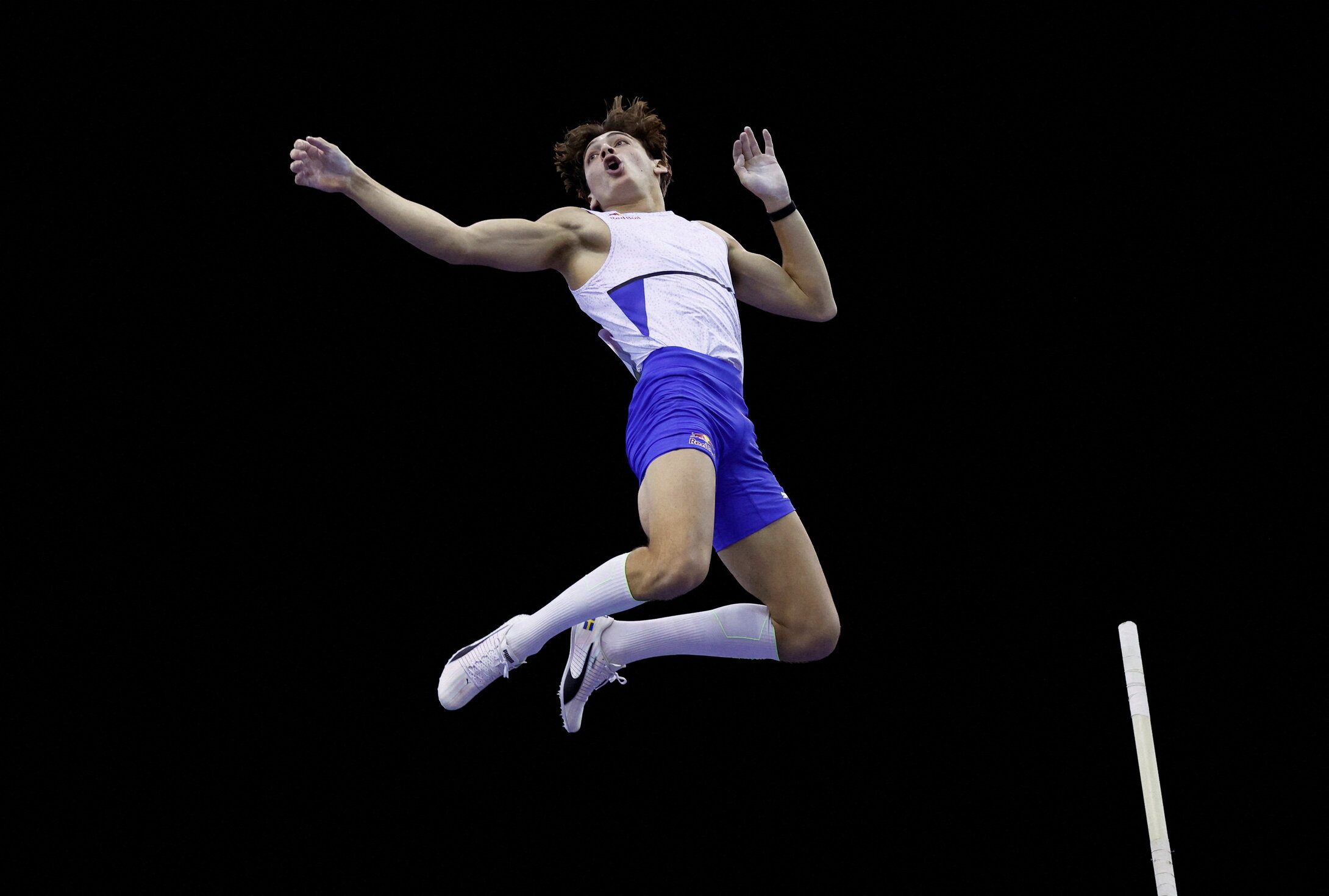 UNPARALLELED. Armand Duplantis breaks his own world record yet again.

Sweden’s Armand Duplantis broke his own men’s pole vault world record, soaring 6.19 meters on his third attempt at the Belgrade Indoor Meeting in a performance he could only describe as “perfection.”

The 22-year-old improved the previous record by one centimeter.

Duplantis had already secured the victory in Belgrade on Monday, March 7, before he made the record-breaking leap, nudging the bar with his knee slightly but nevertheless clearing it before jumping off the mat and pumping his fists in celebration.

“A height like 6.19 – it demands perfection,” said Duplantis. “All the numbers have to be right. So I just figured it out on that last attempt and I was able to get over it finally.”

Duplantis now owns the three highest marks in the discipline. He broke Frenchman Renaud Lavillenie’s 6.16m world mark with a clearance of 6.17m in February 2020 and then eclipsed that record just a week later by another centimeter.

The Olympic and 2018 European pole vault champion will now be eager to complete his set of gold medals at the World Athletics Championships in Eugene, Oregon in July.

He had made several attempts to clear 6.19 m previously, including at the Tokyo Games in August, and said he might have tried as many as 50 times.

“It’s been a long time coming. I’ve never had a height that has given me that much trouble, so it’s a very good feeling. It was really hard fought over these past two years. I’m really happy,” said Duplantis, who believes he could put on an even better performance when he returns to Belgrade later this month for the World Indoor Championships.

“I don’t think this is the highest I’m ever going to jump. I think that there’s going to be a lot more to come.” – Rappler.com