Athletes, teams help cause for victims of Typhoon Odette 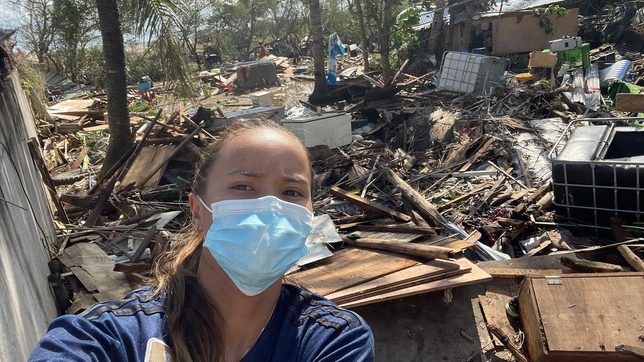 Facebook Twitter Copy URL
Copied
Filipino athletes and teams are using their influence, reach, and resources to help the victims of Typhoon Odette

Filipino athletes and teams are using their influence, reach, and resources to help the victims of Typhoon Odette, which ravaged the southern parts of the country, most notably Cebu and Bohol, and left several dead in its wake.

According to a report by the National Disaster Risk Reduction and Management Council on Saturday, December 18, four people were confirmed dead, while 27 were reported to have died due to the typhoon.

National beach volleyball team member Sisi Rondina, who hails from Cebu, called for donations as she showed photos of homes destroyed by Odette.

“Any amount will do,” wrote the former UST Growling Tigress.

“Openly gave it to those who [knocked on] our door, to some who were not able to cook [because] electricity shut down, and also gave it [to] people who helped clean the road,” said Tabal, who represented the country in the 2016 Rio de Janeiro Olympics.

Weightlifting star Hidilyn Diaz, the Philippines’ first Olympic gold medalist, is also helping out in her own way by sharing information on various donation drives on her social media accounts.

The NLEX Road Warriors are lending a helping hand as well as coach Yeng Guiao bared they have decided to donate the money they were supposed to spend on their Christmas party to the typhoon victims.

“It does not look good that we’re partying while there are people who are suffering,” Guiao said in a mix of Filipino and English. “It is our small way to help our countrymen.”

“We have not had a Christmas party for two years, but I think it is more important to help during this time. This is also one way to help this Christmas season.”

Odette exited the Philippine Area of Responsibility on Saturday, but several provinces remain without water and electricity. – Rappler.com