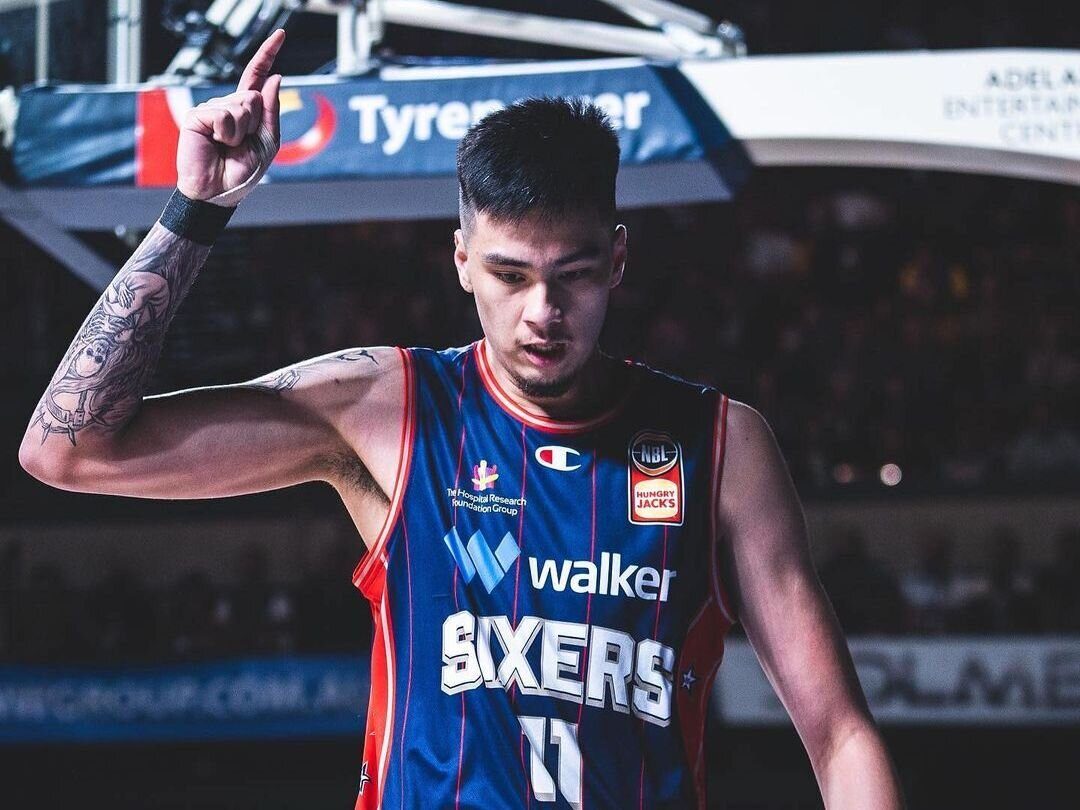 STARTER. Kai Sotto starts for the 36ers and helps set the tone in their blowout win over the Bullets.

MANILA, Philippines – Kai Sotto and the Adelaide 36ers rediscovered their winning ways in the National Basketball League in dominant fashion, clobbering the Brisbane Bullets in a 108-77 rout on Saturday, December 17.

Sotto got his longest playing time of the season from coach CJ Bruton, logging almost 22 minutes and finishing with a near double-double of 13 points, 8 rebounds, and 1 block as the 36ers snapped a three-game skid.

Playing for at least 20 minutes for the first time this season, Sotto saw action for half of the opening quarter as a starter and helped Adelaide mount a sizable 28-12 advantage.

The 36ers cruised the rest of the way and their lead doubled to 33 points, 108-75, late in the fourth quarter as five more players scored in double figures.

Sunday Dech and Nick Marshall added 10 points each in the victory that hiked the 36ers’ record to 7-8 for seventh place.

Adelaide is a spot behind the last playoff berth, with the top six advancing to the knockout stage at the end of the elimination round.

While the 36ers returned to the winning column, the Bullets continued their downward spiral and absorbed their fourth consecutive loss to fall to 4-11 for ninth place.

Trailing the Perth Wildcats (8-7) for the No. 6 spot, Sotto and Adelaide look to make it two wins in a row when they face the Tasmania JackJumpers on Monday, December 19. – Rappler.com