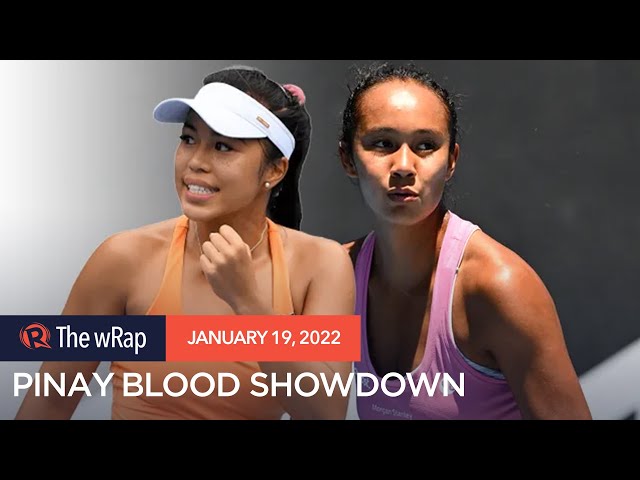 Cabrera reached the second round of the women’s doubles with Australian partner Priscilla Hon at the expense of 2021 US Open singles finalist and Fil-Canadian Leylah Fernandez and another local in Erin Routliffe, 6-3, 6-1.

Cabrera, who garnered the attention of Filipino fans when she faced former world No. 1 Simona Halep in last year’s Open, and Hon ended the tournament campaign of Fernandez, who is officially out of the Slam after getting booted out of the singles event by Australian Madison Inglis on Tuesday.

Representing Australia, Cabrera and Hon entered as tournament wildcards and will face next the event’s No. 2-ranked Japanese duo of Shuko Aoyama and Ena Shibahara.

Huey, ranked No. 137 in the world for men’s doubles, returned to Grand Slam action as a wildcard for the first time in four years after exiting the first round in the 2018 Australian Open doubles event.

His best finish was a semifinal stint in the 2016 Wimbledon event with Belarus’ Max Mirnyi, which propelled him to world No. 18 in the ATP doubles rankings.

In the Australian Open, he reached the semifinals of the mixed doubles event with Slovenia’s Andrea Klepac in 2016, but finished in the quarterfinals twice in 2014 and 2016 in his pet event, the men’s doubles.

The 36-year-old Filipino tennis ace has won three Southeast Asian Games gold medals for the country and made a resurgence in 2020 with three Challenger Cup titles. – Rappler.com