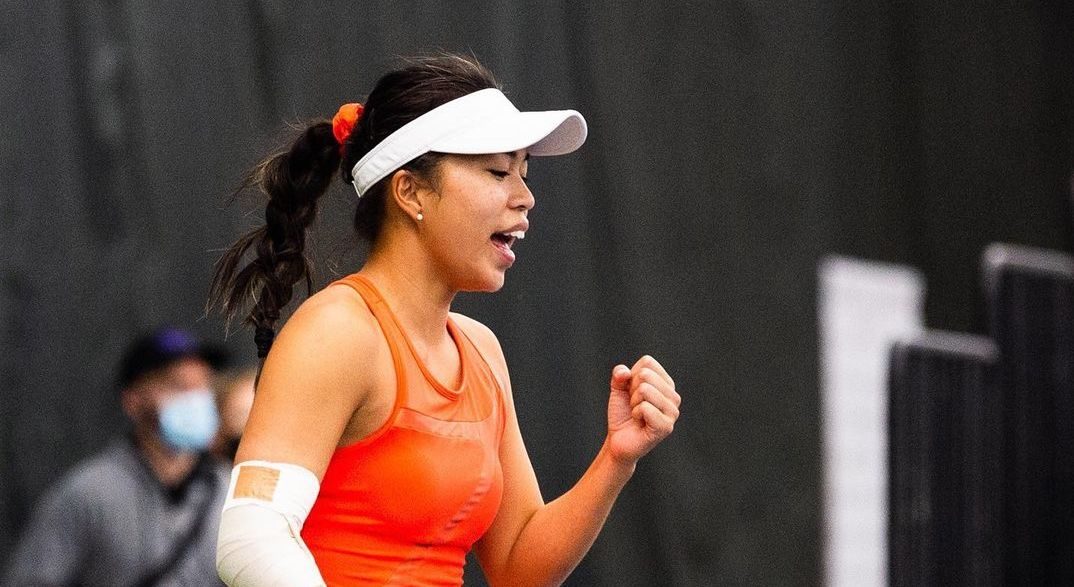 Facebook Twitter Copy URL
Copied
After an early exit in one event, Fil-Aussie Lizette Cabrera hopes to stay alive in the women's doubles of the Australian Open

Fil-Australian Lizette Cabrera and her partner Alex Bolt suffered an early exit in the 2022 Australian Open mixed doubles opening round on Thursday, January 20.

Cabrera and Bolt failed to sustain their winning momentum from the first set as the pair of Erin Routliffe and Michael Venus staged a come-from-behind win, 6-7 (5), 7-5, 13-11, in the all-Australian affair.

The match dragged into a tight contest early on as Cabrera and Bolt had a 2-0 start to the first set, but their opponents equalized at 3-3. The back-and-forth action dragged the opening set to a tiebreaker, where Cabrera and Bolt won.

But Routliffe and Venus outlasted the Fil-Aussie and her partner, taking the next set in another tight affair and the deciding tiebreaker, on the way to nailing a berth in the second round.

Despite the loss, Cabrera hopes to stay alive in the Grand Slam as she and her women’s doubles partner Priscilla Hon face the event’s No. 2-ranked Japanese duo of Shuko Aoyama and Ena Shibahara on Friday, January 21.

The Australian women’s pair triumphed over the duo bannered by Fil-Canadian and 2021 US Open finalist Leylah Fernandez, who is officially out of the Slam after getting booted out of the singles event by Australian Madison Inglis on Tuesday.

Cabrera garnered the attention of Filipino fans when she faced former world No. 1 Simona Halep in last year’s Open. The full-blooded Pinay has been representing Australia after her parents migrated Down Under. – Rappler.com