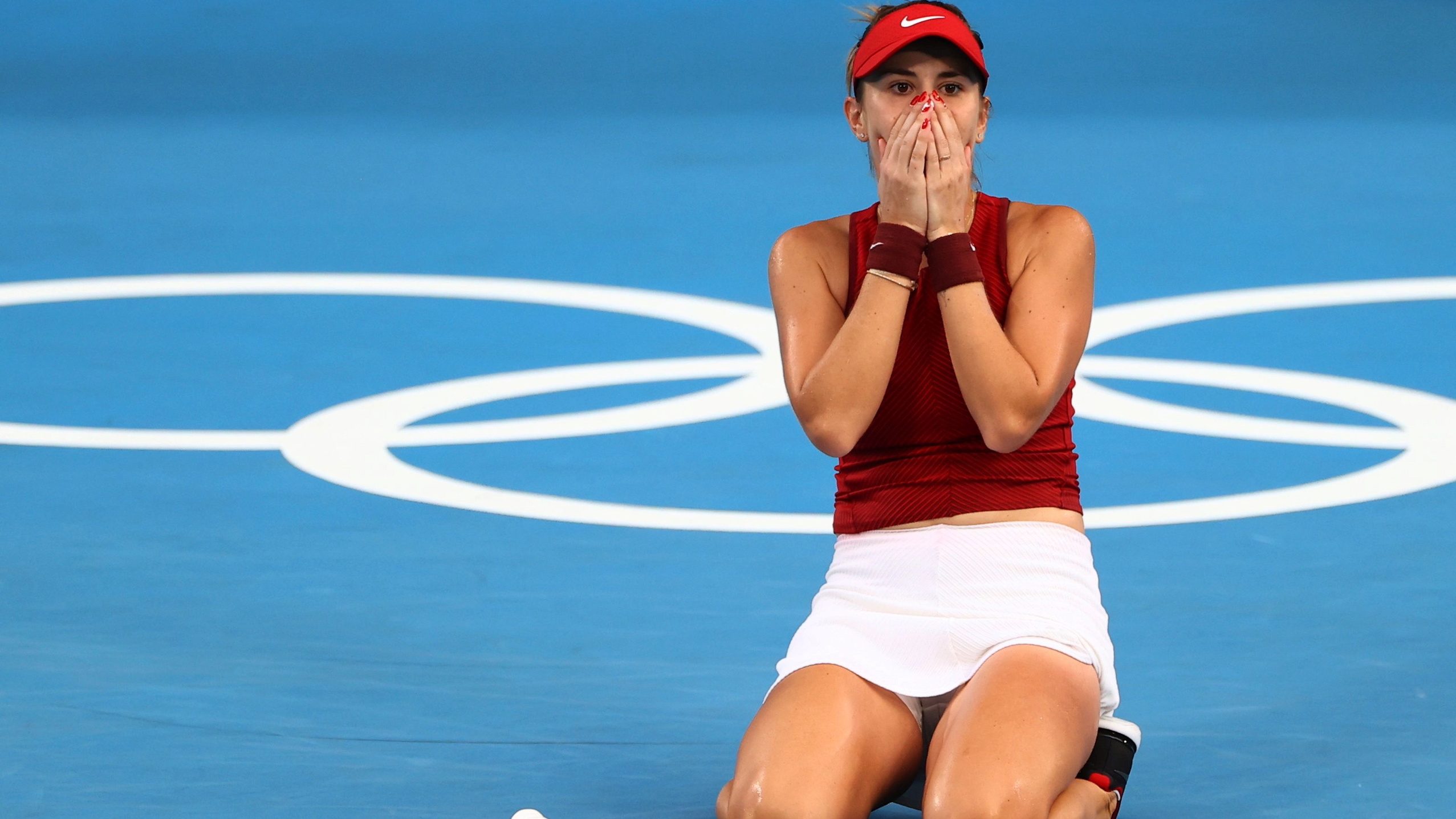 Belinda Bencic of Switzerland celebrates after winning her semifinal match against Elena Rybakina of Kazakhstan in the Tokyo 2020 Olympics tennis women's singles semifinal at the Ariake Tennis Park in Tokyo, Japan, July 29, 2021.

Belinda Bencic could become the first woman to clinch a singles tennis gold for Switzerland after she booked a place in the Olympic final with a hard-won 7-6(2), 4-6, 6-3 victory over Kazakhstan’s Elena Rybakina on Thursday, July 29,.

Standing in front of her in Saturday’s title match will be Czech Marketa Vondrousova, who knocked out Ukrainian Elina Svitolina, 6-3, 6-1, in a one-sided contest.

On the men’s side, 20-times major champion Novak Djokovic, eased into the last four with a commanding performance against Japan’s Kei Nishikori but world number two Daniil Medvedev bowed out with a 6-2 7-6(5) loss to Spain’s Pablo Carreno Busta.

Bencic was in tears after she closed out a nervy battle against the 20th-ranked Rybakina, who squandered multiple leads during a topsy-turvy semi-final on Centre Court.

The win will ensure a tennis medal for Switzerland for the fourth Olympic Games in a row, while Bencic will have a chance to be the first player to win a singles gold for the country since Marc Rosset won the men’s Olympic final in 1992.

“I mean my emotions right now are too high. To have the medal, for me it’s the greatest thing ever,” the 24-year-old told reporters.

“To be here as an athlete, for the Olympics, it’s amazing and also to have a medal, it’s something I dreamt off and I didn’t think it will become reality.”

The Swiss on Thursday also became the fifth player to make the finals in both singles and doubles tournaments since tennis’s return to the Olympics in 1988, after American sisters Venus (2000) and Serena Williams (2012), Chile’s Nicolas Massu (2004) and Briton Andy Murray (2012).

Matches began at 3 pm local time on Thursday, after organizers agreed to delay competition following complaints from players about the hot and humid conditions at the Ariake Tennis Park.

Top-ranked Djokovic was at his dominant best in his 6-2 6-0 win over Nishikori as he stayed on course to become the first player to win all four Grand Slams and Olympic gold in the same year since Steffi Graf in 1988. 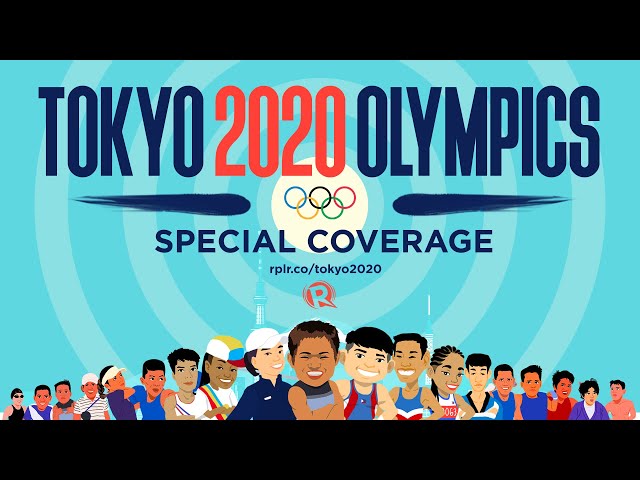 “The matches are not getting easier but my level of tennis is getting better and better,” said the Serbian, whose win over Nishikori ended local hopes for a singles medal.

“I’ve done that so many times in my career. I know that I’m the kind of player that the further the tournament goes, the better I feel on court, and that’s the case here.

“Best performance of the tournament tonight against a good opponent.”

Djokovic will next play Germany’s Alexander Zverev – who beat Frenchman Jeremy Chardy, 6-4, 6-1 – for a place in Sunday’s final.

In their first meeting, Karen Khachanov edged Frenchman Ugo Humbert, 7-6(4), 4-6, 6-3 in a closely-fought match to book a spot in the men’s semi-finals against Carreno Busta.

Carreno Busta’s victory ruled out an all-Russian semi-final and the Spaniard said his match against Medvedev was one of the best of his career.

“Daniil is a really good player, he’s very solid from the baseline,” said the world number 11. “I think I returned very well all the time. That’s very important when you play against these kind of players.”

In men’s doubles, Marin Cilic and Ivan Dodig secured an Olympic medal for Croatia by beating New Zealanders Marcus Daniell and Michael Venus 6-2 6-2 for a place in final. – Rappler.com