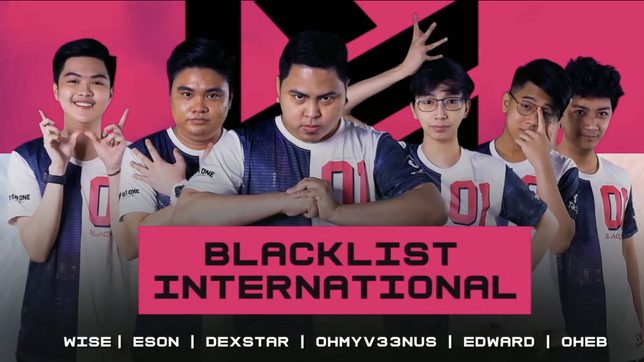 INCHING CLOSER. Blacklist International is one series win away from reaching the grand finals of the Mobile Legends Southeast Asia Cup.

Filipino team Blacklist International remained unscathed in the Mobile Legends Southeast Asia Cup as it nailed its spot in the upper bracket finals on Friday, June 11.

Clinching its upper bracket playoffs berth without a single game loss, Blacklist imposed its will on Malaysian squad RSG MY, 2-0, in their best-of-three series to advance.

After taking down RSG MY in under 16 minutes in Game 1, Blacklist made quicker work of its Malaysian foes in Game 2 by wrapping up the series in only under 14 minutes.

Kiel “Oheb” Soriano also made his presence felt for Blacklist in Game 2 with 5 kills and 4 assists against 2 deaths on Harith.