Bong Ravena ‘happy’ for son Thirdy despite missing his B. League debut 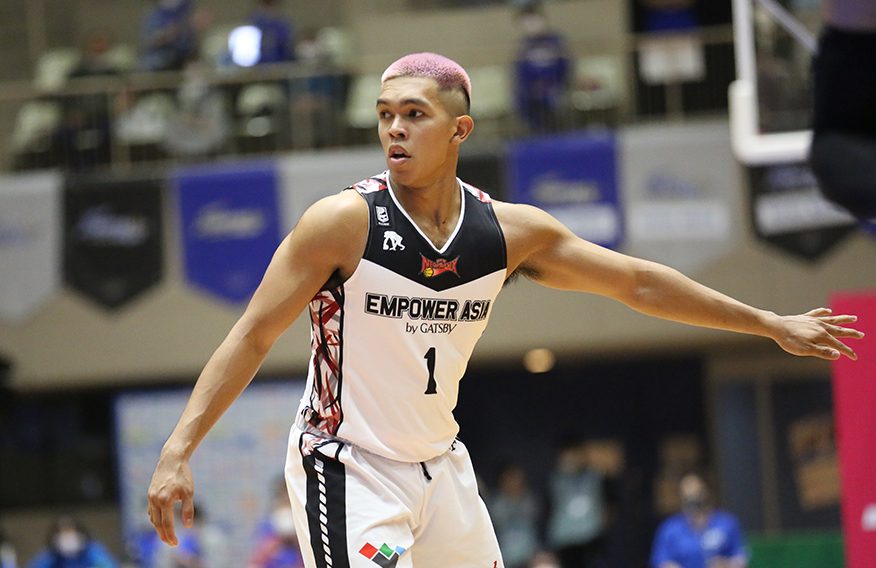 Thirdy Ravena. Photo from B. League

Facebook Twitter Copy URL
Copied
Bong Ravena brims with pride as he talks about his son Thirdy, who is blazing a new path as the first Filipino to play in the B. League

Bong Ravena dealt with the reality of being in a basketball family as he missed the keenly awaited Japan debut of his son Thirdy due to his head coaching duties for the TNT Tropang Giga in the PBA.

Thirdy saw action in the B. League for the first time on Saturday, November 7, helping the San-en NeoPhoenix beat the Shimane Susanoo Magic.

Unfortunately, the B. League match coincided with the game between the Tropang Giga and the Meralco Bolts in the Philippine Cup.

“I have yet to watch his game, but I was told that they won by a point,” Bong said after the match.

Still, Bong brimmed with pride as he talked about Thirdy, who is blazing a new path as the first Filipino to play in the B. League.

Thirdy delivered in his debut, netting 13 points, 2 rebounds, and 2 assists to help the struggling NeoPhoenix notch their second win of the season.

Thirdy produced 12 points and 8 rebounds in his second game for the NeoPhoenix on Sunday, November 8, although they fell prey to the same team. – Rappler.com