Briton Anthony Joshua said he had let himself down by allowing his emotions to get the better of him after a second straight loss to Ukrainian Oleksandr Usyk on Saturday, August 20.

Usyk retained his WBA, WBO, IBF, and IBO heavyweight titles with a split-decision win over Joshua, who fared better in the rematch but proved unable to dethrone the champion in an absorbing 12-round contest in Jeddah.

Following the final bell, Joshua threw down two of Usyk’s belts before storming out of the ring, only to return later and deliver an expletive-laden speech. 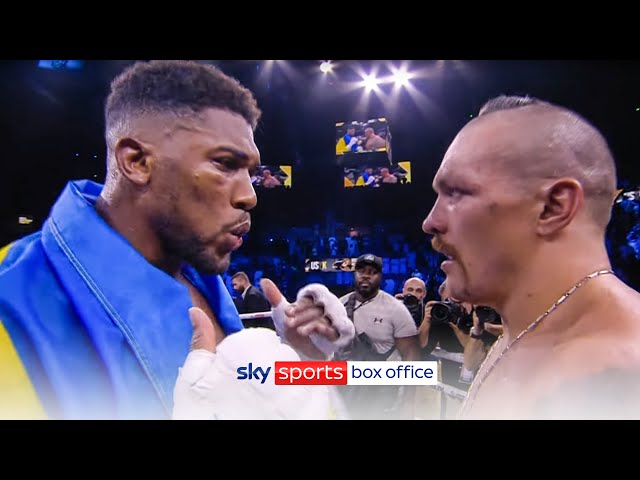 “I wish (Usyk) continued success in your quest for greatness. You are a class act champ,” Joshua wrote in an Instagram post on Sunday.

“Yesterday I had to mentally take myself into a dark place to compete for the championship belts! I had two fights, one with Usyk and one with my emotions and both got the better of me.

“I’ll be the first to admit, I let my self down. I acted out of pure passion and emotion and when not controlled it ain’t great. I love this sport so so much and I’ll be better from this point on.” – Rappler.com