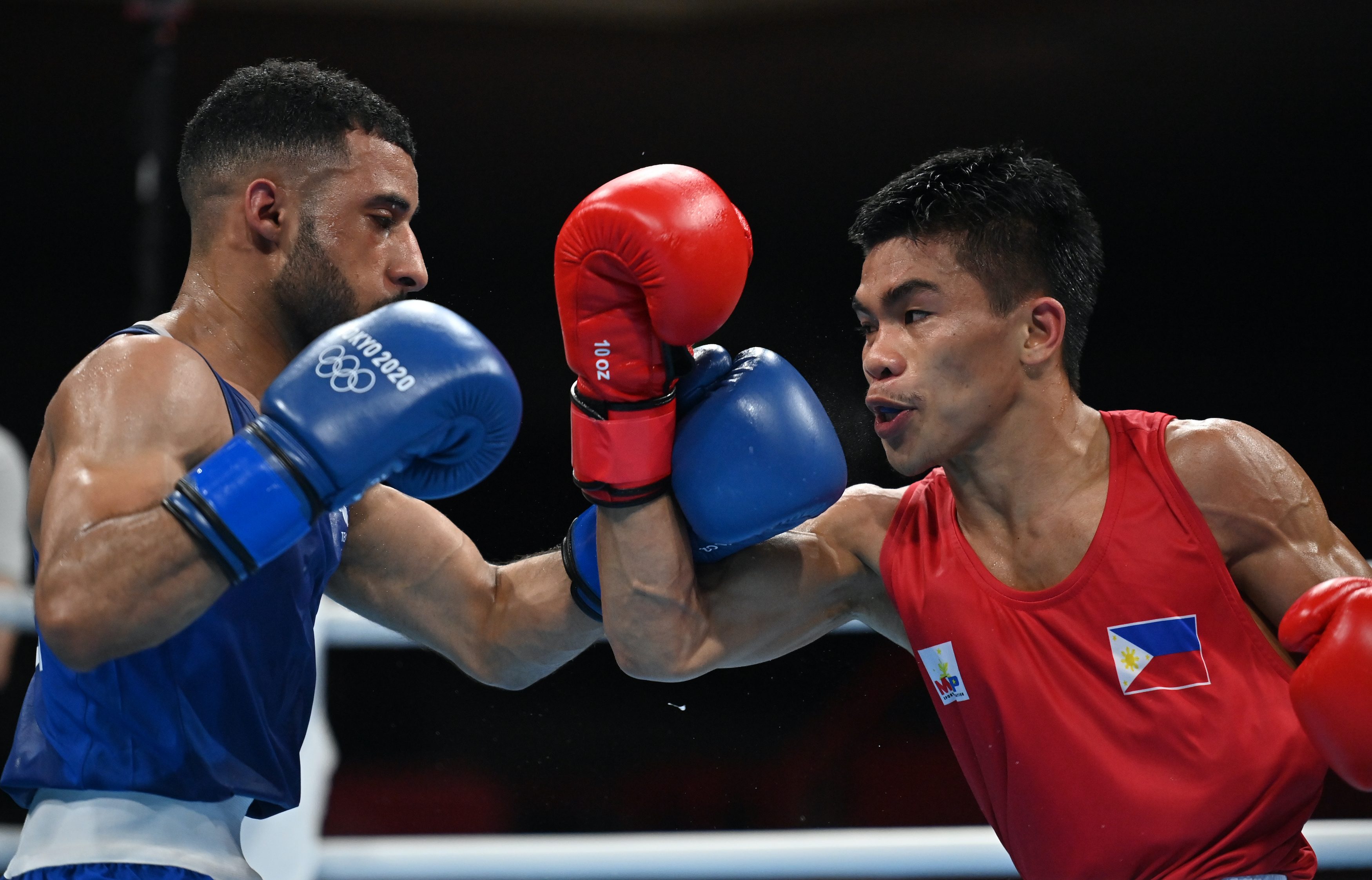 SO CLOSE. Carlo Paalam caps off the Philippines' biggest medal haul in the Olympics with a silver in boxing.

Paalam took his men’s flyweight finals loss to Galal Yafai of Great Britain in stride as he returns home with valuable lessons, determined to win a gold medal in Paris 2024.

The defeat saw Paalam suffer the first knockdown of his career in the opening round – a fall that proved the difference in the split decision verdict that favored Yafai.

(I’m thankful that I experienced being knocked down because it is important for me to learn from those kind of things as a boxer.)

Paalam went punch-for-punch against Yafai in the first round until the Briton sent him to the canvas with a left straight to the head with 1:50 minutes left in the salvo.

While Paalam finished the fight and even won the third round by identical 10-9 scores, Yafai did just enough to earn the favor of four judges.

Still, Paalam showed sportsmanship in the loss as he embraced Yafai and gave him a kiss for a well-fought bout.

(I had never been knocked down in my boxing career. That was my first. I thank him because he made me experience that here in the Olympics.)

(It is big for me to experience what fighting in the Olympics is like.)

The youngest out of the four Filipino boxers in Tokyo, the 23-year-old will be only 26 when the Paris Games come off the wraps in 2024.

(I’m not promise anything but I will do my best in Paris and in the Asian Games.) – Rappler.com