Carlo Paalam and his one shot at Olympic glory Flyweight Carlo Paalam will be entering the ring on Saturday, August 7, as only the fourth Filipino to barge into the finals in Olympic boxing. The proud son of Cagayan de Oro, the city of golden friendship, has given himself the opportunity to be the first Filipino boxer to win an Olympic gold.

Out to prevent Paalam from his shot at glory is Galal Yafai of Great Britain.

Great Britain is now guaranteed six boxing medals – the most it has won in the games since 1920 – but Galal could become their only gold medalist in Tokyo. If that does happen, Galal will join 16 other boxers from Great Britain who have won Olympic gold, a list that includes two-time unified world heavyweight champion Anthony Joshua.

Paalam produced a masterful performance in the semifinals as he dominated Ryomei Tanaka of host country Japan. Not only was Paalam connecting with pinpoint accuracy, he was also an evasive target as his constant head and body movement made Tanaka on several occasions look silly as the Japanese ended up swinging at nothing but air.

Yafai, however, is more seasoned than Tanaka and is used to fighting elite competition in the biggest stages of boxing.

The 28-year-old Birmingham native who is of Yemen descent began his boxing career rather late. He made his debut in 2014 when he was already 21 years old. Paalam, on the other hand, had his first amateur fight in 2011 when he was 12 years old.

Yafai’s first two amateur fights ended in defeat. Then he found his groove and worked his way up to becoming one of the top boxers in the world in the lower weight divisions. Going into the Olympic finals, Yafai holds an outstanding 32-11 win-loss record.

He qualified for the Rio Olympics in 2016 as a light flyweight. Yafai won his opening round bout against Simplice Fotsala of Cameroon before clashing with Cuba’s Joahnys Argilagos in the round of 16.

Argilagos, the gold medalist in the 2015 and 2017 world championships, escaped with a 2-1 split decision over Yafai. The Cuban went on to clinch the bronze in Rio. Yafai pocketed the light flyweight silver medal in the 2017 European Amateur Boxing Championships held in Kharkiv, Ukraine. In one of his last stints as a light flyweight, he won the gold in the 2018 Commonwealth Games by defeating Amit Panghal of India, currently ranked by AIBA as the No. 1 flyweight in the world.

Panghal is the same fighter who beat Paalam in the 2018 Asian Games semifinals and in the 2020 Asia Oceania Olympic qualifiers. The Indian also eliminated Paalam in the quarterfinals of the 2019 World Championships.

Yafai saw action in that same World Championships where he also reached the quarterfinals. He was shut out, 5-0, by current world No. 4 Billal Benmana of France.

Paalam and Yafai have faced two other common opponents. In his round of 32 bout to open the Tokyo Olympics, Paalam prevailed by a 4-1 decision over two-time Olympian Brendan Irvine of Ireland. Yafai holds a unanimous decision victory over Irvine from their 2019 encounter. 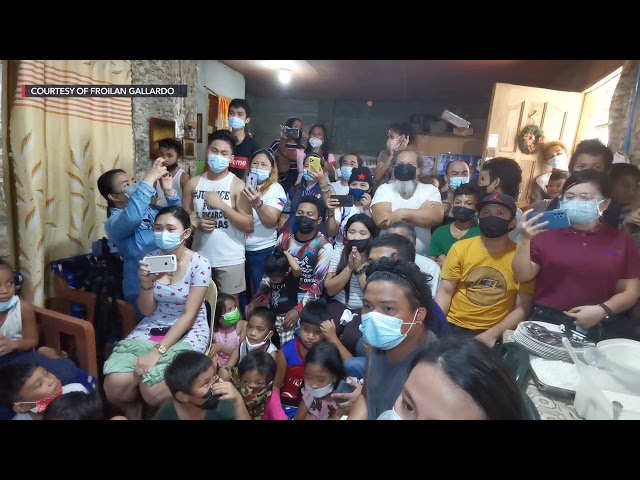 In the final box-off for an Olympic spot in last year’s Asia Oceania Olympic qualifiers, Paalam lost a 1-4 decision to world No. 9 Saken Bibossinov of Kazakhstan. Yafai faced Bibossinov in the Olympic semifinals last Thursday. In one of the most exciting fights of the Tokyo Games, Yafai triumphed via split decision.

Both Paalam and Yafai took out big names in the quarterfinals of the boxing competition which is being held at the legendary Kokugikan Arena, the spiritual home of sumo wrestling located in Sumida, Tokyo.

Yafai will be coming into the finals as the slight favorite. He is ranked 5th in the AIBA world rankings while Paalam is ranked 12th. The Associated Press had Yafai in its crystal ball as the probable silver medalist of the Tokyo Olympics.

The Associated Press also predicted that the gold medalist would be Zoirov. Paalam has already taken Zoirov out of the equation.

It is not unlikely that the Filipino fighter who has thus far defied the odds to get to the finals could take the place of Zoirov as the possible Tokyo Olympics gold medalist. – Rappler.com