Charly Suarez knocks out Lorence Rosas in 4th round 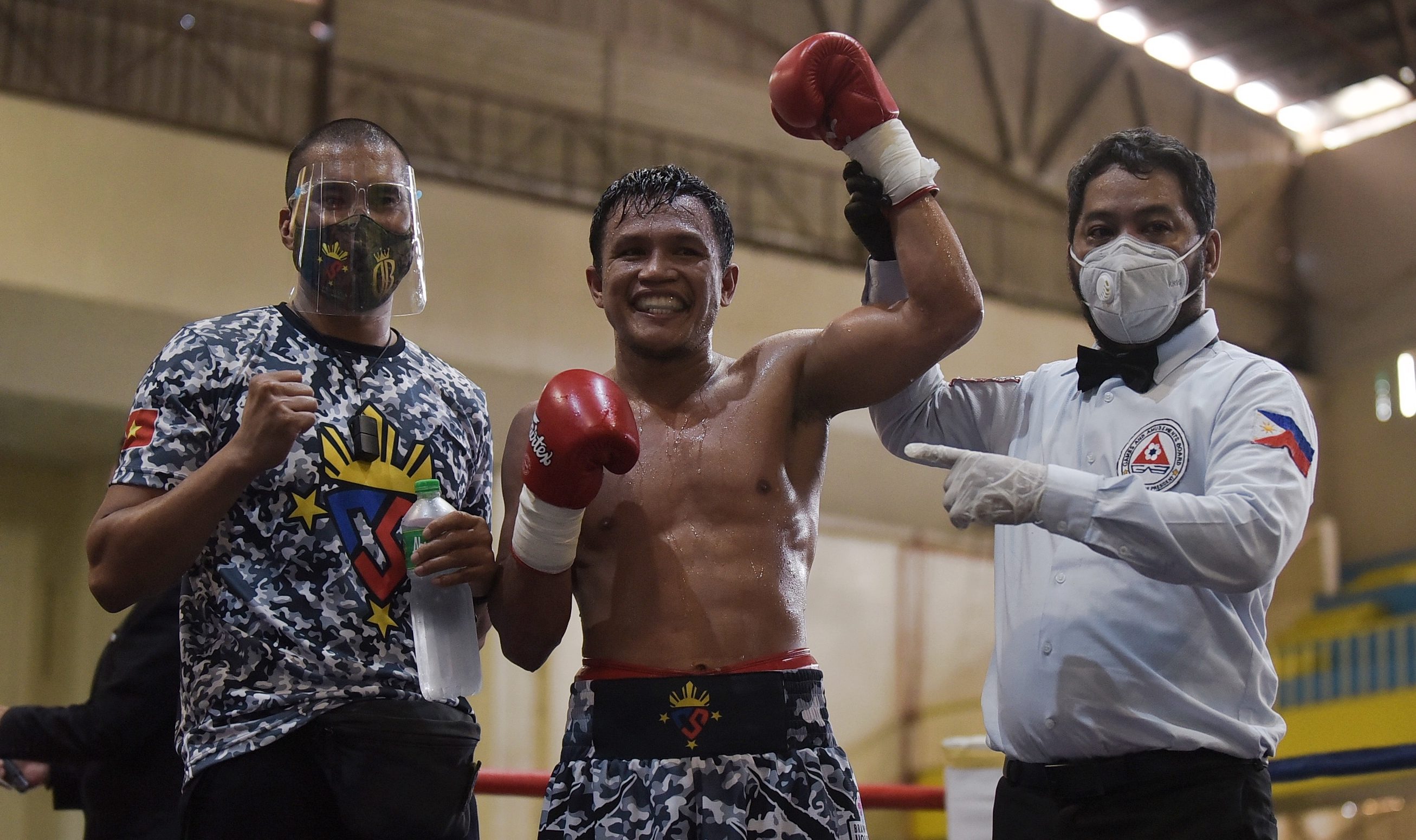 WIN STREAK. Charly Suarez aims to break into the world rankings as he continues to pile up wins.

The unbeaten Olympian knocked out an overmatched Lorence Rosas with a combination of solid punches in the 4th round to continue building up his ring resume in the super featherweight division.

Suarez, one of two Philippine bets in the 2016 Rio de Janeiro Games, dominated the aborted eight-rounder, putting down Rosas with a body shot right in the first round of VSP Boxing’s Quest for Glory headliner at the Urdaneta Sports Complex in Pangasinan on Saturday, September 4.

Sensing there was no need to hurry, Suarez spent time to further break down Rosas in the next two rounds in preparation for the final assault.

When the opening came, Suarez, a three-time Southeast Asian Games champion, unleashed a flurry of solid punches to take Rosas out and tally his sixth abbreviated victory.

Inactive for almost two years, Rosas absorbed his fifth straight defeat and dropped to 9-6-2 with 3 knockouts.

It was the fourth fight for Suarez this year, with another one against a stronger opponent being planned in November, according to his trainer and manager Delfin Boholstz.

If Suarez passes that test, then a foreign stint is in the horizon, said Boholstz, also a former national boxing team member.

Now 33 years old, Suarez aims to break into the world rankings in 2022. – Rappler.com