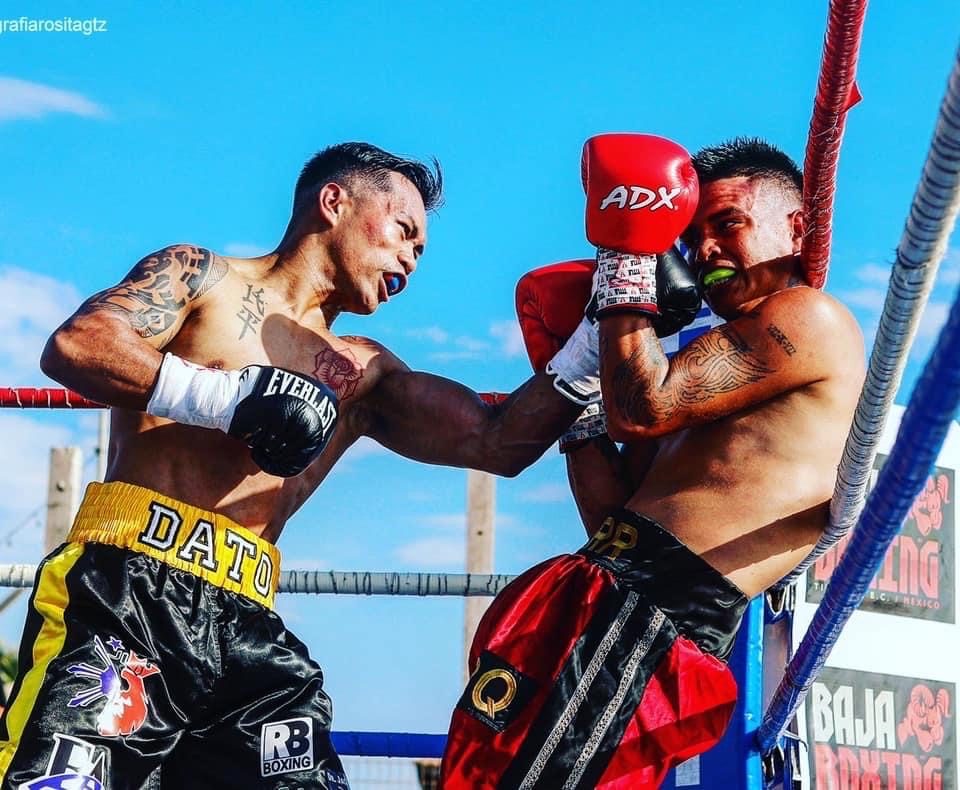 When John Leo Dato found Jorge Romero’s weakness, there was no stopping the Fil-Am from stretching his unbeaten run to 17.

Dato, born in Bangar, La Union, and raised in Santa Maria, California, hurt Romero with solid body blows early in the 4th and again late in the round to regain control of the 8-rounder held Friday, November 13 (Saturday, November 14, Philippine time) at Auditorio Ruffo Appel in Rosarito Beach, Mexico.

Sensing his opponent weakening, Dato pressed on with his attack and finally sent Romero down with another left-right combination to the body in the 5th round.

The Mexican beat the count but was unfit to continue, giving Dato his 16th win against 1 draw with 11 knockouts.

Dato, who checked in at 127.8 pounds during Thursday’s official weigh-in, found Romero, who tipped the scales at 130 pounds, tough to crack in the early rounds due to the Mexican’s longer reach.

Over 3 inches taller than the 5-foot-6 Dato, Romero connected on jabs and combinations to snatch the 3rd round.

The power-punching Dato eventually softened Romero up before handing the Mexican his fifth loss against 9 victories.

Dato claimed Romero as his seventh Mexican victim in a row, including Juan Antonio Lopez, whom he stopped in the undercard of Manny Pacquiao’s welterweight title fight with Keith Thurman on July 20, 2019 at MGM Grand in Las Vegas.

The experience of fighting in the same card as his idol Pacquiao gave Dato, who runs his own gym and doubles as a personal fitness trainer, the motivation to pursue his ring career which got stalled by the COVID-19 pandemic.

His victory over Romero proves Dato is on the right path. – Rappler.com