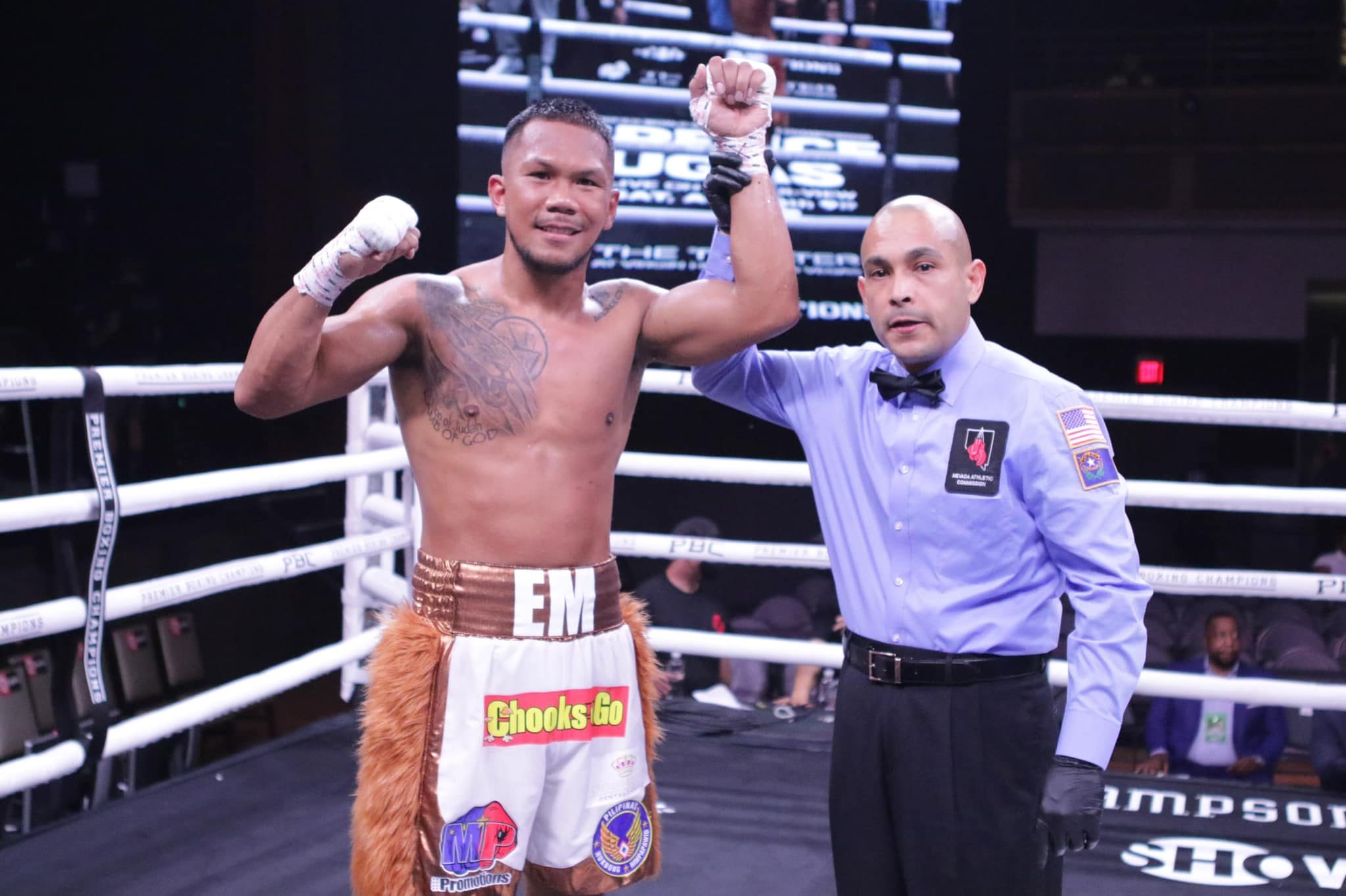 Facebook Twitter Copy URL
Copied
Eumir Marcial gets caught by Isiah Hart with hard counters to the chin, but the Filipino Olympic medalist manages to recover and hurt the taller American with body punches

MANILA, Philippines – Eumir Marcial shook off the shock of hitting the canvas thrice to stop American Isiah Hart in the fourth round of their middleweight bout at the Virgin Hotels Las Vegas on Saturday, April 9 (Sunday, April 10, Philippine time).

The Filipino prospect got caught by a sneaky right in the first round and two counters in the second in a rude awakening that climbing the boxing ladder won’t be easy as envisioned.

Marcial started to connect and hurt Hart with body punches in the third, forcing the more-experienced American to backpedal.

Continuing his assault, Marcial wobbled Hart with a counter left and was going for the kill when referee Raul Caij Jr. halted the fight at the 47-second mark, giving the Tokyo Olympic bronze medalist his second straight pro win with 1 knockout.

The Peru-born Hart (6-3-1, 4 KOs), fighting out of Mays Landing, New Jersey, suffered his second straight stoppage loss and dropped to 6-3-1 with 4 knockouts.

Banking on his power, Marcial went on the attack early and was unloading punches when Hart sneaked in a straight right that put him down early in the first round.

The 26-year-old Marcial, however, appeared unhurt and continued his assault in the second, only to be caught by Hart with hard counters to the chin that toppled him twice.

It was Marcial’s first fight under new trainer Jorge Capetillo, who took over from Hall of Famer Freddie Roach.

Marcial, who debuted with a unanimous decision over Andrew Whitfield in Los Angeles in 2020, is fighting under the banner of MP (Manny Pacquiao) Promotions.

Apart from his Olympic stint, the southpaw Marcial has a sterling amateur career, being a former World Junior champion in 2011, a World Boxing silver medalist in 2019, and a three-time Southeast Asian Games gold medalist.

MP Promotions president Sean Gibbons proved right in his prediction that Marcial would win by knockout in either the third or fourth round.