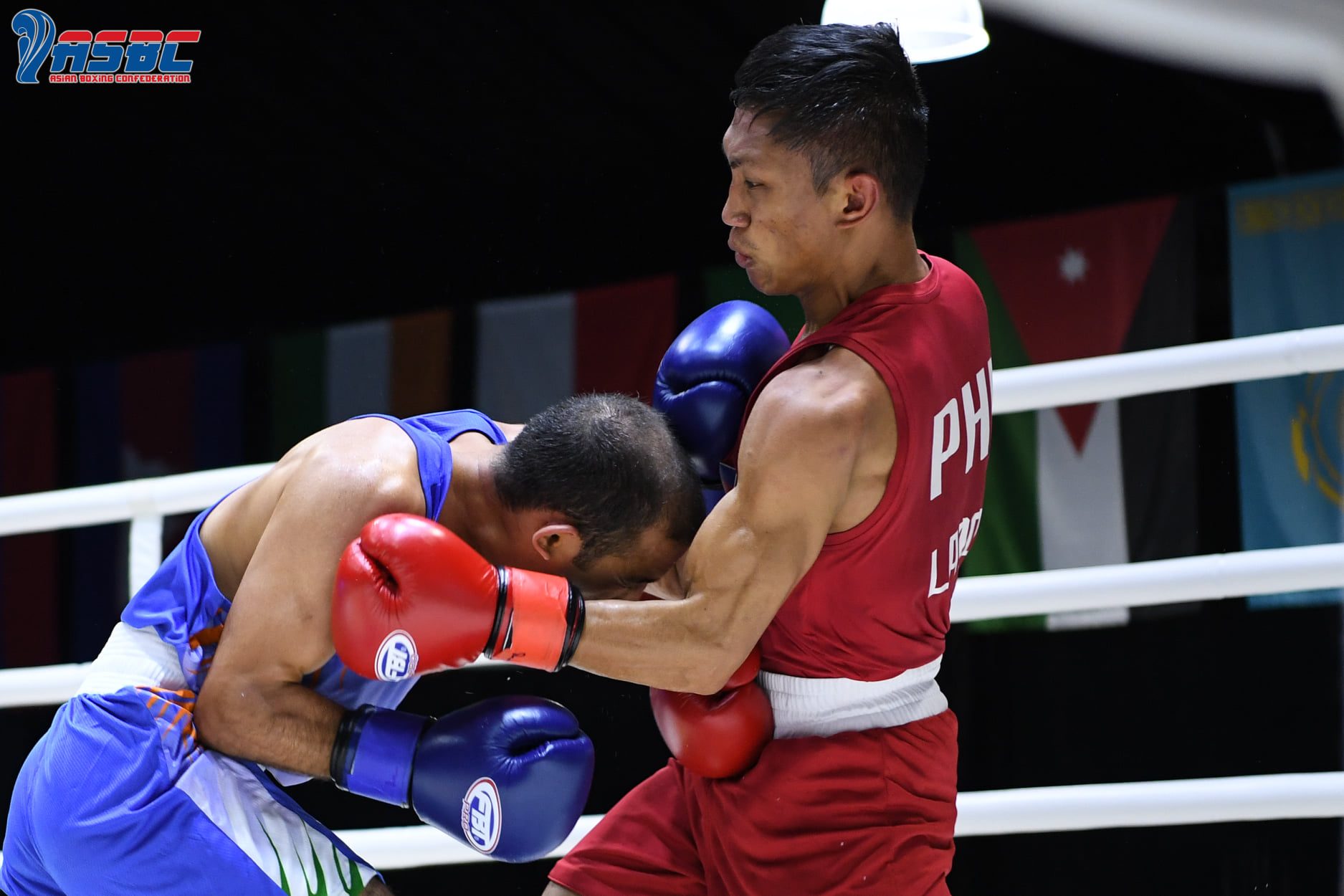 CHAMP. Rogen Ladon (right) connects with a left uppercut to Amit Panghal of India during their men's flyweight final.

Ladon, a Rio Olympics veteran, fought methodically to clinch points in the first two rounds before surviving a late flurry from Amit in the final round.

“I’m very happy. I expected the experience from Rogen to come out today. As for Riza, she is a very good counter-puncher and a great boxer moving forward,” said Philippine boxing team head coach Don Abnett, who is accompanied by coaches Roel Velasco, Ronald Chavez, Reynaldo Galido, and Mitchel Martinez.

Bacyadan, a wushu athlete-turned-boxer, capped off the national boxing squad’s successful stint with another gold after dominating Tran Thi Oanh Nhi, 5-0, in the women’s middleweight category.

Aside from the medals, Ladon, Pasuit, and Bacyadan also received $2,000 (over P100,000) apiece as top finishers in the tournament organized by the Thailand Boxing Association headed by its president and concurrent Asian Boxing Confederation president Pichai Chunhavajira.

With three golds and two silvers, the Philippine boxing team already eclipsed its medal haul in the 2019 edition (1 gold, 1 bronze) and 2018 iteration (1-1-2 gold-silver-bronze) when it seized the overall championship together with the host nation.

“I think we’ve exceeded our expectations because as you know, our boxers have come from a long period of inactivity. We’re happy with where we are right now,” said Association of Boxing Alliances in the Philippines (ABAP) president Ed Picson, who is leading the Philippine delegation along with secretary-general Marcus Manalo.

After this Thailand Open joined by 14 federations across Asia, Europe, and Oceania, Picson said the Filipino pugs will head back to Muak Lek training camp to resume their preparation for next month’s 31st Southeast Asian Games in Hanoi, Vietnam and 2022 AIBA Women’s World Championship in Istanbul, Turkey. – Rappler.com