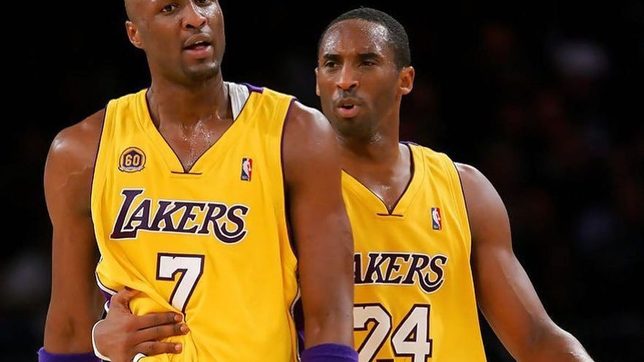 Almost a foot taller than his foe, the 6-foot-10 Odom dominated a hapless Carter and cruised to a second-round knockout victory at the Showboat Hotel in Atlantic City on Friday, June 11 (Saturday, June 12, Manila time).

Odom – thanks to his longer reach – seized control from the get-go and floored Carter with 48 seconds left in the opening round with a series of left hooks to the head.

Carter managed to survive the opening salvo but surrendered with 35 seconds remaining in the second round following another knockdown, leading Liddell to call off the fight.

Odom delivered the winning blow with another left hook to the head as Carter wobbled to the corner and fell to the canvass.

The No. 4 overall pick in 1999, Odom played 14 seasons in the NBA and suited up for the Los Angeles Clippers, Miami Heat, Los Angeles Lakers, and Dallas Mavericks.

Odom won back-to-back NBA championships with the Lakers in 2009 and 2010 and bagged the Sixth Man of the Year award in 2011.

Following his NBA career, Odom struggled with cocaine addiction that left him in comatose and close to death in 2015.

Odom played competitive basketball again in 2019 as a member of Filipino club Mighty Sports in the Dubai Basketball Championship and Team Enemies in the BIG3 league.

Celebrity exhibition bouts have been the trend in boxing in recent months.

The Odom-Carter tussle came just less than a week after retired professional boxer Floyd Mayweather Jr tangled with YouTube star Logan Paul in a fight that did not have a winner. – Rappler.com