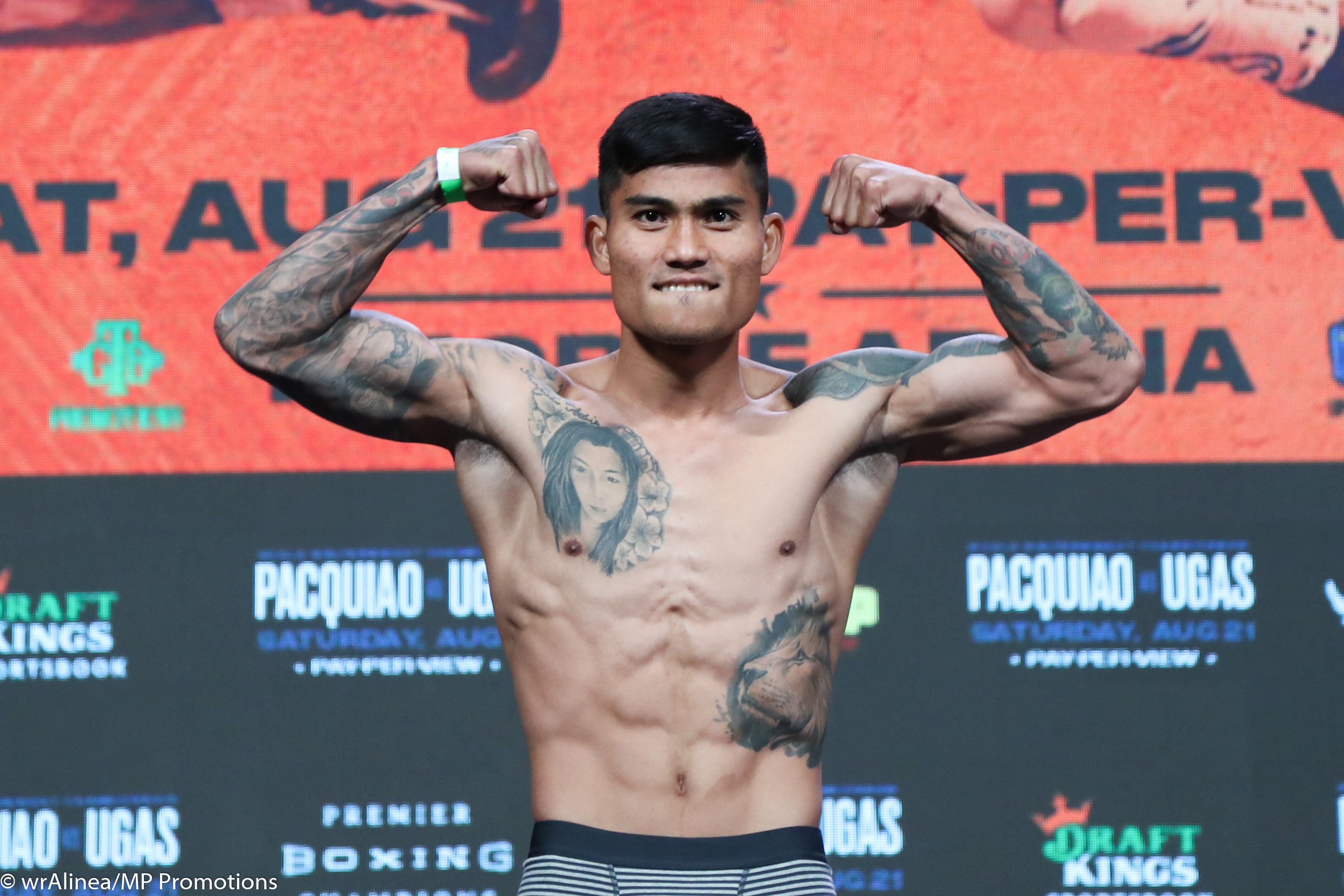 Filipino Mark Magsayo will finally get his crack at a world title following a sterling showing in the undercard of the Manny Pacquiao-Yordenis Ugas duel on Saturday, August 21 (Sunday, August 22, Manila time) in Las Vegas.

The rising star from Bohol endured a beating from a tank-like Ceja before he found his opening in the 10th round, putting the former world champion to sleep with a vicious right straight.

After landing the winning shot, Magsayo followed it up with another solid right to the head for good measure as Ceja stayed on the canvas for quite some time, with several medical personnel attending to him.

Magsayo raised his record to 23-0 (16 KOs) and propelled himself to contention for the WBC title currently held by American Gary Russell Jr.

Ceja, meanwhile, dropped to 32-5-1 (28 KOs) as he remained winless in nearly four years, with his last victory coming in November 2017.

Flaunting his speed and power, Magsayo owned the first round by decking Ceja early with a nasty left hook to the head.

But Ceja – the former WBC super bantamweight titleholder – displayed his endurance and experience as he punished Magsayo with some heavy body shots in the ensuing rounds.

Ceja then gave Magsayo a dose of his own medicine in the fifth round by scoring his own knockdown off a left hook.

It was a tight contest going into the 10th round until Magsayo hurt Ceja with a flurry of head shots, which paved the way for his sensational stoppage knockout victory.

Earlier, Filipino John Dato suffered the first loss of his professional career after a unanimous decision defeat to Mexican Angel Antonio Contreras in the preliminary card.

Dato got knocked down in the third round of the eight-round featherweight contest as he dropped to a 14-1-1 (9 KOs) win-loss-draw record.